Tobacco Ban can Save 9 Million Indians

Nearly one million people in India die of smocking every year. A new study claims that heavy smoking bans and taxes can prevent such deaths in future.

A new study says that if India could implement smoking bans and higher tobacco taxes, it will prevent over nine million deaths due to cardiovascular diseases over the next decade. 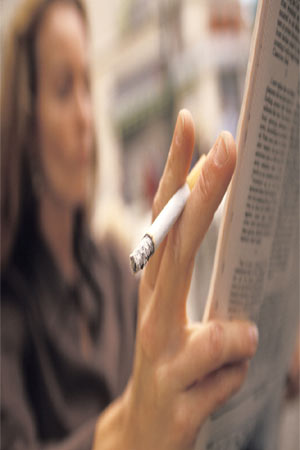 Smoke-free laws and increased tobacco taxes would yield substantial and rapid health benefits by averting future cardiovascular disease (CVD) deaths, researchers said. "Smoke-free legislation has not been consistently implemented, one in three adults reported being exposed to smoking at work in 2009 and 2010, varying from 15.4 per cent in Chandigarh to 67.9 per cent in Jammu and Kashmir," according to the study published in the journal PLOS Medicine.

"Tobacco cessation programmes have received limited government financial support, and cessation advice by health care professionals is provided infrequently. Tobacco taxation remains very low, at around 38 per cent of cigarette and 9 per cent of bidi prices, far below the minimum of 70 per cent the WHO recommends," the research said.

The authors of the study Sanjay Basu and colleagues of Stanford University, US, investigated which tobacco control measures could best reduce the burden of CVD effectively in low- and middle-income countries by using a mathematical model.

Their microsimulation model estimated the effects of various tobacco control measures and pharmacological therapies on deaths from heart attack and stroke in India between 2013 and 2022.

The authors concluded that, based on their model, smoke-free legislation and tobacco taxation are expected to be the most effective strategies for reducing heart attack and stroke deaths over the next decade.

These two measures alone could prevent about 9 million deaths from heart attack and stroke in India by 2022, and a combination of tobacco control policies and pharmacological interventions could prevent even more deaths, researchers said.

Steps to Save Deaths Caused by SmokingHow Tobacco Affects Our Lives