A study on the female reproductive timing has revealed that the sound of a ticking clock can have an effect on women's ability to make babies.

A new study that was published in Springer's journal Human Nature suggests that listening to your clock ticking could increase the urge to marry and start a family before your childbearing years are over! 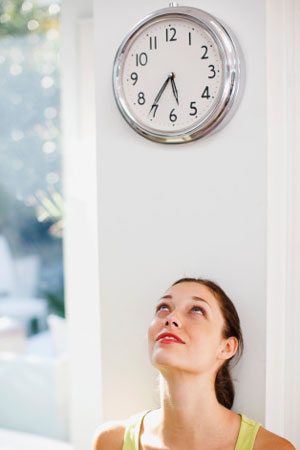 Astonishing as this may sound, the sound of the ticking clock has the ability to speed up a woman’s reproductive timings, according to the study. By reproductive timing it of course implies on the time frame and the specific years during which a person actually begins to focus their energy and resources towards childbearing.
According to the study co-author Justin Moss from Florida State University, "The very subtle sound prime of a ticking clock changed the timing with which women sought to have children and the traits they sought in potential partners - both central aspects of women's mating-related psychology.”

The researchers have completed two experiments for the study that tested the influence of the subtle environmental factors, such as the ticking of a small clock in your home. It had an effect on the reproductive timing.

The idea is basically to understand the passage of time through the sound of a ticking clock, which can most definitely influence the various aspects of a woman’s reproductive timing. Unfortunately, it is not the same for men.

Co-researcher Jon Maner from Florida State University also said, "The findings suggest that a woman's childhood years can interact with subtle environmental stimuli to affect her reproductive timing during adulthood.”