The Process of Ageing

We only know ageing by the terms "wrinkles" and "age spots", but it is much more than that and involves tiny skin cells and DNA.

With each revolution of the earth around the sun, we are a year older and that is not just a number game. There are multiple functions that start to operate at suboptimal level. 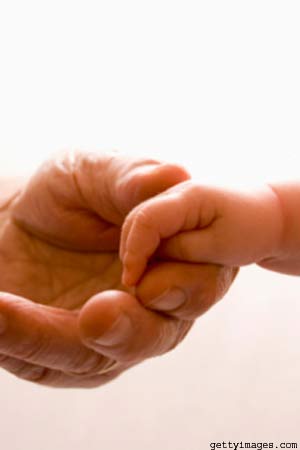 As our bodies begin to naturally deteriorate, there is little that we know about how the changes are taking place. As for the basics are concerned, there are three parts to the process of ageing.

According to the first part, one of the first things that happen as part of ageing is the increase in the number of mistakes incurred by daily cellular reproduction as one ages. The body mistakenly continues to create non-functional cells, which triggers even more deterioration of the functioning of body’s systems. What is even worse is that these non-functional cells tend to interfere with the normal functioning of the other cells speeding up the process of ageing.

According to the second part, there is cellular damage that leads to a shortening of the DNA, which eventually triggers a process called apoptosis or programmed cell death. This process is important as far as ageing is concerned, especially when we realise that there are several DNA fragments in every cells’ several mitochondria compartments. When mitochondria work as energy generators at the time of normal cell functions, by-products of oxygen free radicals are produced, which may cause damage to healthy DNA, making DNA fragments and leading to cell apoptosis. As a person gets older, there is more damage on healthy DNA, which leads to even more cell death making the body unable to generate cells quickly enough to keep up with the loss. This fragmentation of the DNA is most visible on our skin as we get older.

The third part of the ageing process involves the lessened regulation of the natural oxidative enzymes like superoxide dismutase, glutathione peroxidase and catalase in the body, making natural antioxidant defences less efficient as one gets older.

Studies have shown that ageing is of two types namely: intrinsic and extrinsic ageing.

Intrinsic ageing: This refers to internal natural ageing process which is inevitable and continuous in nature. It starts happening around our mid-20s when the natural regenerative process of our body begins to slow down. The old epidermal cells of skin are replaced by new cells at a slow rate and skin begins to sag due to deterioration of collagen and elastin. Collagen and elastin are types of proteins found in the skin and tissues of the body. They help in strengthening of the skin and aid in flexibility respectively. These changes are not visible for years as it happens at a gradual pace. Intrinsic ageing is ruled by genetics and internal factors such as hormone levels.

Extrinsic ageing:  External factors gang up with the normal ageing process and age our skin prematurely. The common external factors of premature ageing are exposure to the Sun (photo-ageing) and smoking. Other external factors are frequent and repetitive facial expressions, sleeping positions and gravity.

The skin starts getting thinner after the age of 50 and becomes prone to developing fine lines around the eyes and forehead due to repetitive facial movements. There is a loss of fatty tissues between the skin and muscle (subcutaneous support) which presents itself in the form of hollowed cheeks and eye sockets while also resulting in loss of firmness around the neck and hands. The skin loses its glow due to the decreased number of blood vessels. Adding to these changes, gravity plays its act and causes sagging. The thin skin now becomes fragile and vulnerable and normal healing takes a lot of time. Wrinkles, fine lines are all characteristic of damaged skin. With ageing, the sebum producing glands slows down making the skin dry, sensitive and prone to damage. Moles on your skin need to be observed for any visible changes such as changed size and shape, bleeding and itchiness. Any changes need to be discussed with the doctor as it might be an early sign of skin cancer.