Quick and Easy Blood Test to Diagnose Cancer and its Stage

In the latest of these studies, scientists have used blood samples to identify people with lung cancer.

Imagine a day when a quick and simple blood test will detect most common forms of cancer, its type, its size, if the tumour is resistant to treatment, and if a  person is at a risk of the disease. How helpful it may prove to be for doctors who could diagnose the condition on time, adapt to the tumour’s response to treatment and save so many lives. 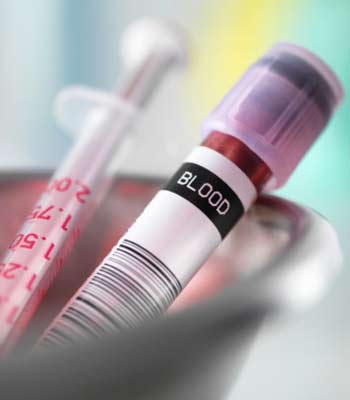 This may soon turn into reality. We aren't there yet, but a burst of research in this area shows we are getting a lot closer.

In the latest of these studies, scientists have used blood samples to identify people with lung cancer.

At the Stanford School of Medicine, Dr. Maximilian Diehn spends some of his time as a radiation oncologist treating patients with cancer, and some of his time delving into the world of DNA. In particular, he's been working on ways to detect DNA that has been shed from a tumor and ends up in a patient's blood.

"The problem has been that there's a very small amount of the DNA there, usually, so it's very hard to detect," Diehn says.

But new technologies allow him to find tiny amounts of DNA and scan large parts of it to look for mutations that come from tumors. And that opens up all sorts of possibilities.

"The initial impetus was having something I could use in my own patients ... as a blood test that would let us both detect the presence of cancer as well as monitor how a patient's cancer responds to various treatments," he says.

Right now, doctors often just wait and hope. And it can take months or even years to see whether a cancer treatment has worked.

But Diehn and his colleagues say they've developed an exquisitely sensitive DNA test that can tell them right away whether there is tumor left in a patient.

And if the cancer is still there, they can try other treatments.

'Blood cancers like leukemias can be easier to monitor than solid tumors through ease of access to the blood.

By developing a general method for monitoring circulating tumour DNA, we're in effect trying to transform solid tumours into liquid tumours that can be detected and tracked more easily.'

Although the researchers focused on patients with non-small-cell lung cancer, which includes most lung cancers, the approach should be applicable to many different solid tumors throughout the body.

The new test is also able to identify if cancers are developing resistance to a particular treatment, allowing doctors to adapt the type of care being given.

Dr Diehn said: 'If we can monitor the evolution of the tumour, and see the appearance of treatment-resistant subclones, we could potentially add or switch therapies to target these cells.

'It's also possible we could use CAPP-Seq to identify subsets of early stage patients who could benefit most from additional treatment after surgery or radiation, such as chemotherapy or immunotherapy.

'It may be possible to develop assays that could simultaneously screen for multiple cancers. This would include diseases such as breast, prostate, colorectal and lung cancer, for example.'

The study was published online in the journal Nature Medicine.