Running a marathon may feel like a great cardiovascular exercise, but new study says otherwise. A long distance run like marathon can put a strain on the heart. 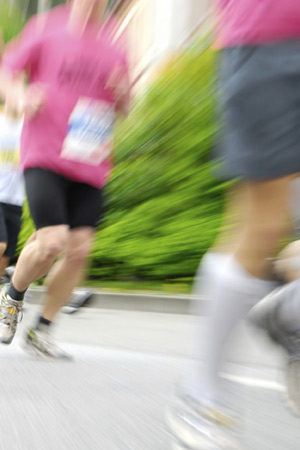 New research suggests that while running a marathon gives runners the idea that they are strengthening their cardiovascular system, the truth is that the strain of running such long distances can temporarily damage the heart muscle.

Dr. Eric Larose from the Quebec Heart and Lung Institute at Laval University has found this after studying twenty marathon runners who were aged between 18 and 60 and had each run an average of eight marathons. Dr. Larose had evaluated the athletes before and after the Quebec City Marathon, and once again after three months.

The study has shown that strenuous exercise can actually harm the heart tissue, which causes inflammation and other problems. This is particularly true about runners who had lower fitness levels and less training. Dr. Larose also added that there is no permanent damage and there is a cost to running a marathon, there is a cost to everybody. The runners who were at the peak of their training put in eight hours of running, and then Larose used MRIs, blood tests and other measures to assess heart function among the runners.

After the race was over, half the runners were found to show a decline in left and right ventricular function. When a big area of the heart was affected, there was also swelling and reduced blood flow. Additionally these heart changes were more common in those runners who had lower fitness level and less training.