Rickets is a common condition in children. Check out the symptoms, causes, diagnosis and prevention. Read on.

Rickets, also known as Nutritional Rickets, is a condition that typically affects young children worldwide. It is defined as a condition where the children's bones do not grow strong, and become soft due to a lack of Calcium & Phosphorous. Although Rickets may be caused due to metabolic and genetic reasons, the most common reason for this condition is the lack of Vitamin D. According to The Indian Spinal Injuries Centre (ISIC), in 2021, they saw about 12 cases of Rickets a month, in August 2021. This was 300% percent from the previous year, and most of the patients were in the age group of 2-12yrs – in fact some of them even belonged to well-to-do families.

For children from well off families, doctors emphasize that the vitamin D deficiency is due to a prolonged indoor stay and a lack of sun exposure, not malnutrition. In this article, we will answer nine important questions about Rickets and their symptoms to build awareness about the condition. Onlymyhealth editorial team spoke to Dr. Sweta Budyal, Consultant Endocrinologist and Diabetologist, Fortis Hospital, Mulund, to know about the symptoms, causes, diagnosis and prevention tips for rickets in children. 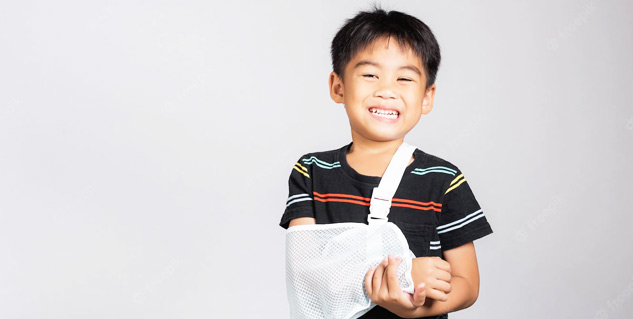 Rickets generally develops in children, and some risk factors involve the following:

Rickets is most common in children aged between 6 months and 3yrs. During this period, children experience rapid growth, so their bodies need Calcium and Phosphate to strengthen and develop their bones.

A child is at a higher risk of developing Rickets if they do not consume Vitamin D in their diet. While children who consume non-vegetarian food are at a lower risk because they consume items like fish, eggs, or milk, children who consume only a vegetarian diet do not receive enough vitamin D. For these children it is important that they include certain types of mushrooms that have vitamin D and cheese in their diet. Also, remember that breast milk has very little Vitamin D, so that is not a good option.

Sometimes, Rickets can be passed on through the genes in the human body. This type of Rickets is called ‘Hereditary Rickets’ and is a condition where the kidneys do not absorb enough phosphate.

Bending or 'bowing' of the bones in the legs is the most classic symptom of Rickets. This happens because the bones do not have enough strength due to lack of minerals. In cases where the Rickets is more serious, teh symptoms include: A specialised expert or doctor can diagnose Rickets through a series of physical exams, X-rays and blood tests which will show low levels of Phosphorus. These tests can also show normal or low Calcium with an elevated level of an enzyme called Alkaline Phosphatase, which is another sign of Rickets.

What can be expected after rickets treatment?

Children with Rickets can recover once the vitamin D, Calcium, and Phosphate levels are rectified in their bodies. Most of these children will see an improvement in their condition within the first week of the treatment. However, children who have Rickets must be diagnosed in a timely manner because the condition is curable if identified at an early stage. Skeletal deformities can become permanent if the disorder is neglected, hence parents must be made aware of the symptoms so that corrective action can be taken on time if the condition develops in the child.

How to prevent rickets?

The best way to prevent Rickets is to eat a diet that includes adequate amounts of Calcium, Phosphorous, and vitamin D. To maintain healthy blood levels, every person must get 10–30 minutes of midday sunlight several times per week. When exposing a child younger than 3yrs to sunlight, it is best to consult a Pediatrician for optimum results. Also, remember that too much sunlight can damage the skin, so if a person is in the sun for long, they must always apply sunscreen.

How did Covid Cause more cases of rickets?

Since COVID-19 impacted outdoor movement, many children were forced to stay indoors. Earlier everyone believed that Rickets was caused due to malnutrition, but recent cases have come to light, where the cause is a lack of vitamin D due to low sunlight exposure. Due to COVID19, many children faced a lack of exposure to sunlight as their outdoor playhours were drastically impacted. Now that restrictions have been lifted, children must spend quality time playing outside, so their overall well-being and health are not affected, especially in the long term.

What Is Non-Verbal Autism? Know Symptoms And Causes For Early Detection