Knowing the Rhesus factor in pregnancy is important to know if the baby will be free of complications.

A baby’s blood group may be different from that of the mother and only occasionally do they end up not being compatible. What we are today is influenced by our genes. We inherit most of our traits from our parents right at the moment of conception. There is a decent chance that some of the genes be more dominant than the others. At the first antenatal screening, a woman’s blood tests are taken to determine the blood type and her rhesus status i.e. whether she is Rh-positive or Rh-negative. Rhesus factor refers to the protein on the surface of the red blood cells. If you have the rhesus factors, you are Rh-positive and if you do not have it, you are Rh-negative. About 80% of the people are Rh-positive. 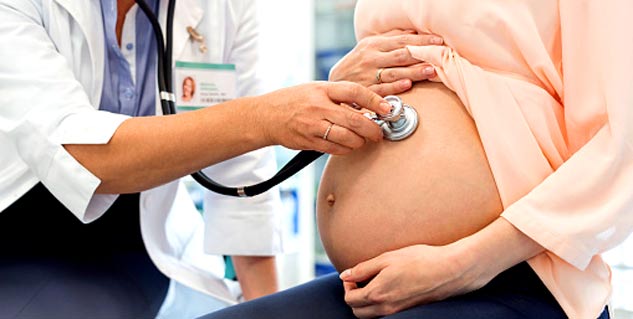 The Rh positive cells contain a substance called the D antigen that can stimulate the Rh negative blood to produce antibodies that are harmful and can destroy the red blood cells. The harmful antibody is referred to as anti-D, which has a probability of being produced if the mother is Rh-negative and the baby is Rh-positive.

Rhesus incompatibility, usually, does not occur in the first pregnancies because during first pregnancy, a woman does not have the antibodies present in her blood. The likelihood of a rhesus negative increases with subsequent pregnancies. The mother’s antibodies tend to cross over the placenta, reaching out to the baby’s blood and regarding it as a foreign agent and beginning to break it down. Breaking down of the baby’s blood by the mother’s antibodies causes the baby’s haemoglobin level to fall causing anaemia. It is in this juncture, that a blood transfusion is necessary at birth. The baby may also be severely jaundiced at birth.

A negative rhesus factor during pregnancy has become rare and poses little threat of complications to the mother or the baby. The mother’s Rhesus factor may be identified during screening tests and if the mother is identified as having Rhesus-negative, she may have developed Rhesus antibodies.

Apart from the classification of blood based on ABO system, in which the blood is that of type A, B, AB or O, it can also classified based on the rhesus factor. That is represented by the plus or minus sign after the type is mentioned. That is how we have an A – or a B + blood group. In pregnancy, the positive or negative sign has special significance. If you are rhesus negative and so is your partner, it is alright. In case you are rhesus negative but your partner isn’t, your baby would have a blood group incompatible with yours, and this will lead to problems.

Importance of rhesus factor in pregnancy

If Rh- blood is in contact with Rh+, the resultant reaction would kill the Rh + cells. This type of reaction is similar to the one which gets rid of viruses of cold and flu in your blood. In both these reactions, the blood develops antibodies to the substance that is deemed foreign to the blood. Moreover, these antibodies, whether to the Rh+ cells or to the viruses of colds and flu, do not leave the blood ever.

However, this does not lead to problems in the first pregnancy, as the mixing of the bay’s blood with that of his mother is usually not a lot. But if she goes on to have a second child, the antibodies that she developed during the first pregnancy can enter the baby’s bloodstream and destroy the Rh + red blood cells.

How the problem is tackled

This lack of compatibility between the mother’s blood and that of the baby can be worrisome but there is a way out. There is treatment available to counteract the problems that might result from incompatible blood.

An injection of Rh antibodies is given to a mother who has the Rh negative blood, within a few hours of her delivering a baby that has Rh positive blood. This gets rid of Rh positive blood cells transferred to her from her baby. This prevents the formation of antibodies that harms the babies that may come next.