Gift Your Husband a New Wife This Karwachauth- You, With a Rejuvenated Skin 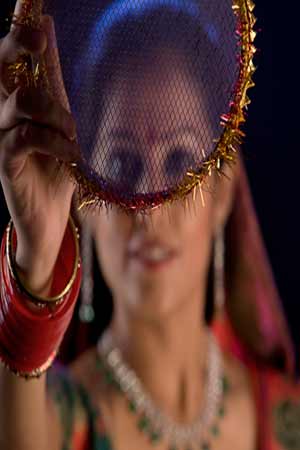 Many want to give themselves and their husbands a gift as it is considered a husband’s day but women also gather for party during the day and they naturally want to look their best.

The last five years has seen a huge increase in demand for cosmetic surgery in India, due to growing affluence of a booming middle class and the relatively low cost of cosmetic surgery in the country, with prices for procedures such as botox, chemical peels, breast augmentation, liposuction, body contouring and tummy tucks costing as little as 20% of the cost of similar cosmetic surgery procedures in Western countries.

The ABC of Botox

Glamour and wrinkles are two sides of the same coin. When one comes, the other goes. But with botox treatments wrinkles – crow feet lines around eyes, horizontal lines on forehead and vertical lines between eye brows -- are becoming a thing of past. The best part is that it is non surgical cosmetic procedure. Primarily botox prevents wrinkle formation by blocking the nerve impulses that causes contraction of muscles.

Below are the ABC’s of Botox you must know -

• If you’re pregnant or a lactating mother, athough there haven’t been many researches on effects of botox on breastfeeding mothers and their babies yet it’s advisable that you stay away from botox. If you’re too intimidated then consult a doctor.

• Director of Anticlock Age reversal Clinic and Medispa in Chandigarh Dr. K.M.Kapoor says, “Doctors must look at the history of the patient for contra indications. Botox treatment is avoided if a person is on aspirin as it might cause bruising, has neuromuscular diseases or has localized infection in the area to be treated.”
•Visibility of changes: In a week or so, the treated muscle weakens and gradually they can lift their eyebrows or whichever wrinkle line they’ve worked upon without any major problems.
•Duration of Botox effects: On an average botox injections are required after 4-5 months. Some, however, have experienced lasting effects for as long as 6-9 months. Botox prevents any communication between muscles and nerves but only temporarily. Since the muscles are temporarily incapacitated to move under the skin the frown lines no more make an appearance on a person’s face. But once they do then retreatment can immediately work upon the tensed muscles.
•Post treatment precautions: Dr. Kapoor gives an important advice to those who are going for multiple botox treatment. “They must avoid lying down for almost 2-3 hours; mainly because they want botox to be absorbed in the same position. Also, it’s better not to get any massages done on face for 24 hours.” As to how effective the treatment is he says, “It’s preventive, curative and therapeutic. With multiple sessions both the dose requirement and the interval between sittings decrease”

Food and Drug Administration deems any other use of botox as dangerous. “But botox does cure cerebral palsy” adds Dr. Kapoor, “but then a child’s weight and the requirement of units of botox must be empirically calculated. For an adult whose weight is 60-70 kg 50-70 units of botox fits the bill but for a child who weighs 15 kgs – to cure muscle spasm -- 100 units of botox in each arm is a little too much to handle. Hence, the side effects.”

Go for botox if need be and take age off your appearance.