Put this in your beauty diary: List of foods to avoid skin pigmentation

Skin pigmentation is a common concern among women of Asian and Latin descent. Cut down on the list of foods given here to keep your skin clear.

Little did we realise that whatever we eat or the kind of lifestyle we live will have a direct impact on our prospect of developing skin pigmentation. 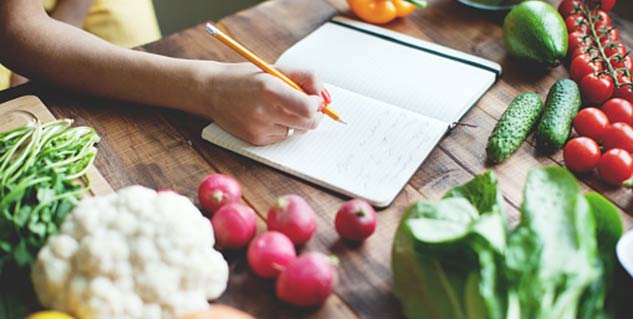 Skin pigmentation is a popular concern among young women and men, though the condition is seen more in the former. It is caused by our dietary habits and altering lifestyles, which makes it a disease that gets genetically passed to our offsprings and to theirs and so on. One of the most common risk factors for skin pigmentation are foods that contain natural insecticides that are naturally produced by plants called Psoralens, which is known be highly UV absorbent, thereby enhancing the production of melanin and allowing pigments to surface on the skin also called skin pigmentation.

Quite strange as it is, even touching foods that have psolarens in them as the latter can lead to unwanted reactions in people who are sensitive. For instance, if you handle foods that contain psoralens in them, there is a high probability that they would collect on your skin and when you step out in the sun, the psoralens on the skin can cause severe sunburn or pigments and age spots to form in the particular area. One of the first things to do if you must handle the foods with psolarens is wear gloves when doing so as this will reduce the risk of any severe reactions. Some psolarens-rich foods include the following.

This is one of the most commonly used foods in Indian home for cooking because of the fresh flavor and scent that it adds to the foods. Regrettably, if you want to make sure you are not victimized by skin pigmentation because of this food, make sure that you either limit its consumption or use gloves before handling them. Also, remember to cook them well in high flame.

Come winter and we love to play our taste buds around this delicious seasonal fruit. The more you eat it, the more you are likely to put yourself in the disorder’s trap. You may consume grapefruits in moderations. Besides being a rich source of psolarens, they are also the most-exposed fruit to pesticides because of their ability to attract insects.

Sure, they add life to your eyes, but they are as worse for your skin as they are for your eyes. Carrots are rich in psolarens and must not be consumed raw. Should you eat them raw, make sure that you have washed them thoroughly. Carrots are an intrinsic part of salad and the fact that they can cause you skin problems may be slightly disappointing, but worth the loss of your taste buds: you will stay young and beautiful longer.

Another component of Indian cuisine, lemons are responsible for causing skin pigmentation as it is acidic in nature and causes the skin to become sensitive. Exposing the skin to the sun soon after applying lemon on your face can make your skin be affected with sunburn or darkening. Always remember to apply lemon juice on skin along with another beneficial food such as honey to reduce the extent of the damage.

Psoralens are found especially in celery. According to John Emsley and Peter Fell’s book, Was it Something you Ate?, “a new cultivar that had been developed to be more pest-resistant was responsible for a sudden increase in dermatitis in grocery workers.” They also added that people who handle celery are more prone to skin problems compared with those who eat them. So, make sure that you wear gloves when you handle them before eating.

A fruity treat to enhance your beauty