Prescribed Antipsychotics can be Damaging for Dementia Patients

Researchers have found that dementia patients who are prescribed anti psychotics tend to run the risk of severe symptoms.

Talking about dementia always brings to our mind bouts of forgetfulness in old age. But, in reality, a patient with dementia can experience much worse problems such as Alzheimer’s (symptom of dementia), aggressiveness, delusions, agitation and hallucination. 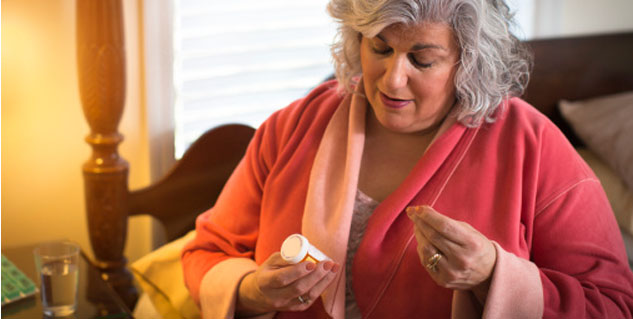 Over 90 percent of dementia patients experience these symptoms over the course of their disease, which makes the doctor prescribe antipsychotics to them. These medications, however, can be risky for the patients, especially the ones that are old. Several years ago, the Food and Drug Administration had asked for the makers of such drugs to carry a warning stating that taking them can raise the risk of death when prescribed to manage behavioral problems in patients with dementia. The drugs were then never approved for the use.

Despite the many risks as well as lack of approval from the FDA, the drugs do still get prescribed. Donovan Maust, University of Michigan psychiatrist said, “It really speaks to how distressing these behaviors are that the use of the medicines persists”.

He and a team of researchers looked at over more than 10 years of data for patients aged 65 and older from the Veterans Affairs Administration, thereby comparing records for 46, 000 patients who received one antipsychotic drug or antidepressant for dementia symptoms with early number of patients in similar situations who did not receive an antipsychotic drug. The patients mostly lived at home instead of a nursing home or hospital.

The researchers were able to estimate the risks by comparing the number of deaths of patients who received antipsychotic drugs with those who did not. The researchers found that one of the antipsychotics named Haloperidol was the riskiest. When 26 elderly people who took the drug for dementia symptoms, one could expect them to die within 6 months.