Tooth loss and bleeding gums might be a sign of declining thinking skills among the middle-aged, a new study contends. 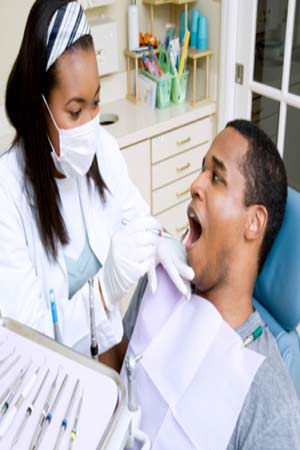 "We were interested to see if people with poor dental health had relatively poorer cognitive function, which is a technical term for how well people do with memory and with managing words and numbers," said study co-author Gary Slade, a professor in the department of dental ecology at the University of North Carolina at Chapel Hill.

"The same was true when we looked at patients with severe gum disease," he said.

"It could also be that dental disease, especially gum disease, gives rise to inflammation not only in the gums but throughout the circulatory system, ultimately affecting cognition," he said.

"If we want to focus on what might actually be contributing to cognitive decline and how to screen for that, then perhaps [poor] dental health should be thought of as yet another indication of both poor overall health and poor cognition," Slade said. "It's certainly a factor to be aware of."

Slade and his colleagues reported their findings in the December issue of The Journal of the American Dental Association.