Despite advances in the management of Parkinson’s symptoms, there is no curative treatment as of now. Know more from our expert

Parkinson’s disease is the second most common progressive neurodegenerative disease after Alzheimer’s disease. It is a progressive disease commonly seen in the elderly population. It occurs as a result of progressive loss of dopamine secreting cells in the substantia nigra. Dopamine is an essential chemical that plays an important role in movement initiation and speed, keeping the body flexible and steady. Know about Parkinson’s risk factors, symptoms and treatment options by Dr Syed Moeed Zafer, Consultant Neurologist and Movement Disorders Specialist, Masina Hospital

Parkinson’s disease is thought to result from a complex interaction between environment and genetic factors; about 15% of cases are due to genetic causes. There is a significant association between Parkinson’s and exposure to chemicals and pesticides-rural living, well water has been implicated, and welder’s and miners are at high risk. Caffeine intake, apples and flavonoids are found to be protective. 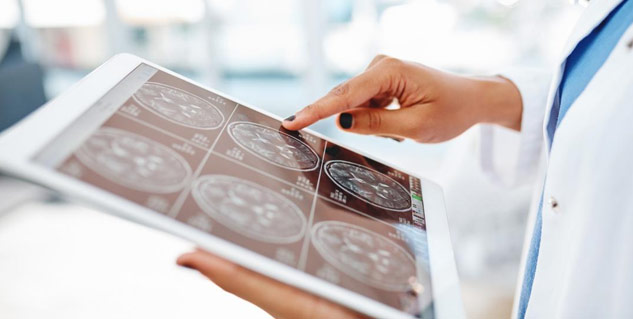 Parkinson’s disease commonly presents with tremor, slowness of body movements, stiffness in the extremities (predominantly affecting one side of the body) and gait disturbances(walking-related issues). Other motor (movement-related) symptoms include the expressionless face, low volume speech, change in handwriting and flexed posture. Apart from the motor symptoms mentioned above, there are various non-motor symptoms that commonly accompany the motor manifestations or can occur much early before the onset of motor symptoms. These include loss of smell, constipation, sleep issues like frequent awakening, enacting dreams in sleep and restless legs, depression and anxiety are usually seen early in the course of the disease. Non-motor symptoms commonly seen in late stages are memory disturbances, behavioural issues, visual hallucinations, compulsive eating, compulsive buying, hypersexual behaviour, gambling, pain and fatigue. 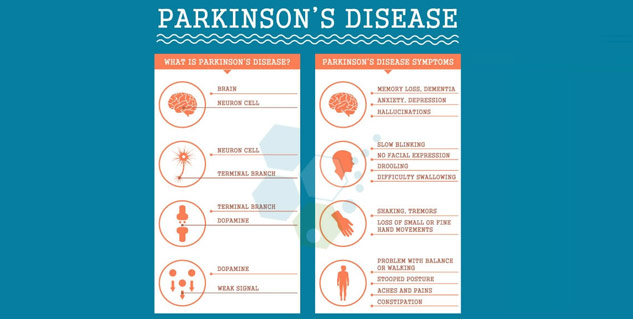 Parkinson’s disease symptoms can very well be controlled with medicines even though its progression cannot be slowed down or stopped.

Oral therapies: The commonly used medicines for Parkinson’s disease either directly replenish the levodopa stores in the brain(Levodopa), substitute for it at the target sites(dopa agonists) or inhibit the breakdown of naturally available levodopa(MAO and COMT inhibitors). The symptoms can be very well controlled in the initial few years with these medicines, but as the disease progresses, there might be fluctuation in responsiveness to them known as the “ON-OFF” phenomenon in which the symptoms disappear after taking medicine and then re-appear once the drug levels decline.