A study has found that the risk of behavioural and emotional problems, especially ADHD is double in babies born after 42 weeks of gestation. 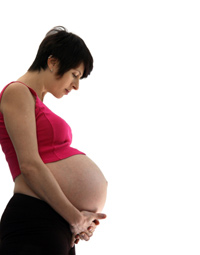 A report published in International Journal of Epidemiology stated that researchers have found an important association between gestational age at birth and chances of occurrence of behavioural and emotional problems in early childhood.  It has been reported that both pre-term as well as post-term babies, who were born after 42 weeks of pregnancy, have significantly higher chances of Attention Deficit/Hyperactivity Disorder (ADHD), a behavioural disorder than those born before.

Lead author Hanan El Marroun from the Department of Child and Adolescent Psychiatry, Erasmus MC-Sophia in Rotterdam, in the study of association between gestation period and chances of behavioural and emotional problems said that post-term children have double risk of behaviour related problem, especially clinical ADHD than those who are born after normal gestation period.

The researchers studied 5,145 babies out of which 382 were born post-term (born after 42nd week) and 226 were pre-term babies (born before 37th week). Twin babies were not considered for the study.  To know the behaviour of these children, an assessment questionnaire was sent to the mothers of the children at both 18 and 36 months. The same questionnaire was posted to the fathers at 36 months. The findings of the questionnaire revealed that pre-term as well as post-term babies possess higher risk of behavioural and emotional problems in early childhood.

The authors stated that possible reason could be short supply of nutrients and less oxygen than what a full term foetus needs thus, leading to abnormal foetal development. No particular cause behind the association was found. The lead author was in view of further research to determine the exact cause of the association.  Andrea Bilbow, founder of The National Attention Deficit Disorder Information and Support Service (ADDISS), U.K, said that diagnoses of ADHD can go wrong in early childhood considering that some children have slow development than others and behaviour of most children changes when they start their schooling.