A new study has claimed that orange juice can prevent cancer for its high quantities of antioxidants. It can also be toxic if consumed excessively.

A new research has claimed that drinking orange juice is favourable in preventing cancer. Being high in antioxidants from flavonoids such as hesperitin and naringinin it casts potentially positive effects when it comes to cancer. 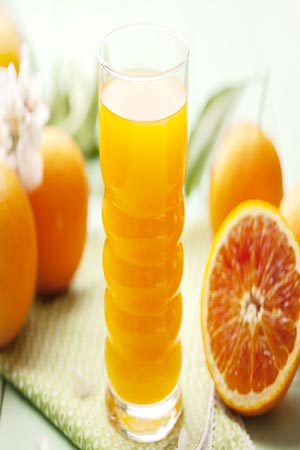 Physiological conditions of the oranges such as climate, soil, fruit maturation and storage methods post-harvest influence the biological effects of orange juice. The review article is published in the journal Nutrition and Cancer. It summarises several biological effects of orange juice that can contribute to chemo-prevention, including antioxidant, antimutagenic and antigenotoxic, cytoprotective, hormonal, and cell signalling modulating effects.

Orange juice has antimicrobial and antiviral action and modulates the absorption of xenobiotics, researchers said. "Orange juice could contribute to chemo-prevention at every stage of cancer initiation and progression," said researchers.

"Among the most relevant biological effects of Orange juice is the juice's antigenotoxic and antimutagenic potential, which was shown in cells in culture and in rodents and humans," they said.

Orange juice can also be potentially toxic if consumed in excess, especially for children, hypertensive, kidney-compromised and diabetics. Excessive drinking of orange juice for individuals from these groups has the potential to create noxious effects, hyperkalemia, and has been associated with both food allergies and bacterial outbreaks in cases where the juice was unpasteurised.

"Excessive intake of any food, even for the healthiest, can lead to oxidative status imbalance," researchers said. Evidence from previous in vitro studies has indicated that orange juice can reduce the risk of leukaemia in children, as well as aid in chemo-prevention against mammary, hepatic, and colon cancers.