Obesity of your Child can be Blamed to Feeding Habits

The way you feed your child can be reason enough for his or her obesity, that is what a new study says. 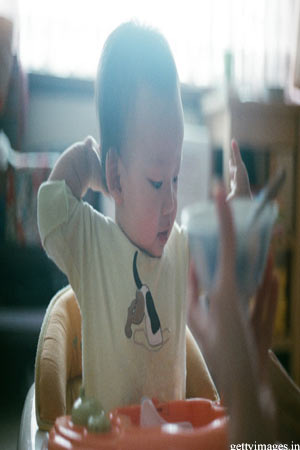 It is common to see parents feed their babies while watching television, and also putting their babies to sleep after handing over the bottle so that the little one can try to finish the milk. A new study shows that these habits could boost the risk of obesity later in life.
The alarming fact is that nearly half of them reported watching television on the time when they fed their infants.

Kelly Pritchett, the assistant professor at the University of Georgia in Athens and spokesperson for the Academy of Nutrition and Dietetics said, "Based on the outcomes of this study, more education is needed for parents, families and communities.” However, she was not involved in the study in any direct manner.

Childhood obesity has been found to have doubled in children and also quadrupled in teens in the past 30 years. When this happens, the kids are at risk for life threatening conditions such as high blood pressure and a rise in cholesterol later in their lives. The study was published online on March 17 in Pediatrics and only 19 percent of parents said their baby was exclusively breast-fed.

Many studies have shown how babies who are exclusively breast fed have fewer chances of becoming obese, and this stands as the truth even after you have taken income of the parents and the education into account.