Study reveals how non drinkers actually have a higher mortality rate when compared to drinkers. The reason for long life would also depend on the cause for not drinking. 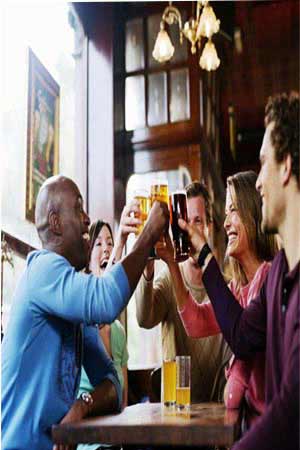 Bad news for drinkers comes in the form of a recent study that has revealed how non-drinkers have a higher mortality rate when compared to those who drink. The reason for your longer life in case of abstinence from alcohol depends on why you do not drink.
Many studies have shown how people who drink have an increased chance of dying early. Then these same studies have also shown how a person’s mortality risk increases at the other end of the spectrum, among people who choose not to drink at all, though the risk is still much less than for heavy drinkers.

It has been hypothesized by some researchers that the increased mortality among the non-drinkers could be something related to the fact that they consume low light alcohol, drinking less than a drink in a day. This might in fact protect people from disease and reduce their stress levels.

"Among nondrinkers, people have all sorts of background reasons for why they don't drink," sociology Professor Richard Rogers, director of CU-Boulder's Population Program in the Institute of Behavioral Science, said.

"We wanted to tease that out because it's not really informative to just assume that nondrinkers are a unified group," he said.