The New York state has banned fracking, the controversial method of gas extraction, after a review. The decision was based on the scientific observations citing the possible risks to human health and environment.

In a bold move towards environmental and public health concerns, New York State has banned fracking which is used to extract natural gas. The administration on Wednesday announced the band which has ended years of debate over fracking, which has always been controversial. 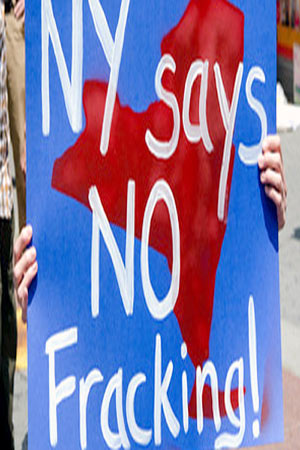 Fracking is the process of drilling down into the earth before a high-pressure water mixture is directed at the rock to release the gas inside. Water, sand and chemicals are injected into the rock at high pressure which allows the gas to flow out to the head of the well.

Fracking has been controversial as it uses huge amounts of water that must be transported to the fracking site, at significant environmental cost. Another worry associated with fracking is that potentially carcinogenic chemicals used in the process may contaminate groundwater around the fracking site. Fracking process has also been witnessed to cause small earth tremors.

The ban comes after several scientific researchers have linked fracking to health hazards. The governor of the state appeared firm on the decision and worried about the risks of the process that have been mentioned in several reports from the review. Dr. Zucker, state health commissioner, said the most important question for him during the decision making was ‘Would he want his family to live in a community where fracking was taking place?’