As per researchers, some Bacteria may cause premature birth or may cause a woman to have protective effect against it.

As per researchers, presence of Bacteria in vagina and cervix may cause premature birth or may cause a woman to have protective effect against it. 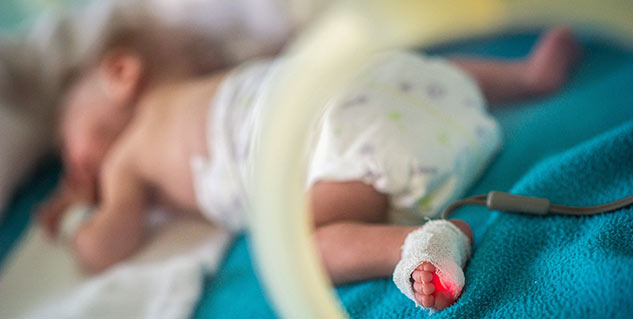 What is premature birth?

A baby born before 37 weeks of pregnancy is a premature baby. Premature birth also happens to be the leading cause of death in children under the age of five around the globe.

As per conventional studies, premature birth develops in uterus itself while the nee studies deduce that presence of some bacteria contribute to lower the risk of involuntary preterm birth while the other bacteria cause increase the risk.

"The study found significant differences in the microbial communities early in pregnancy in women who ultimately have a preterm birth compared to a term birth," States Michal Elovitz from the University of Pennsylvania.

"Different bacterial species were associated with quite a dramatic increased risk of premature birth. If our study is confirmed, it could mean that targeting CV bacteria may be a new therapy to prevent premature birth in the immediate future, not decades from now," Elovitz also adds.

The research team studied 2000 pregnant women. The team took vaginal swabs at three different time points during pregnancy and executed analyses on the exhibits to determine the bacterial colonies that were present.

[Read: What are the causes of Birth Defects?]

The team further hypothesised that indeed there is some dissimilaritires in the biochemical, biological, molecular and/or microbial events in cervicovaginal space in women who finally have a preterm birth while other women have a full term baby.

This study can help to prevent preterm birth by eliminating cervicovaginal bacteria.