Do Chromosomal Abnormalities Cause Miscarriages? Find Out Here

Chromosomal abnormalities, one of the common causes of miscarriages, can be inherited from the parents or can naturally develop in an embryo. An abnormal sperm, abnormal egg and an improper fertilisation can be a potent cause of chromosomal abnor 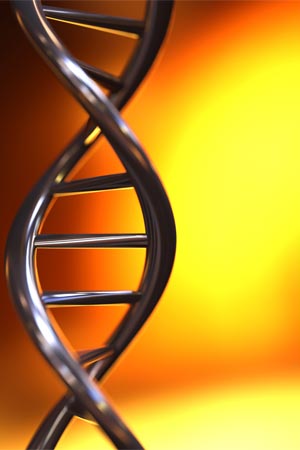 In pregnancy through IVF process, chromosomal abnormalities can be identified using pre-implantation genetic diagnosis. No matter what the cause is, a miscarriage is always painful and emotionally devastating.

According to the Oxford Journal, Human Reproduction, “Chromosomal abnormalities are an important cause of spontaneous abortion and recurrent miscarriage (RM).” Genetic problems in an embryo increase the chances of repeated miscarriage by 3 per cent to 5 per cent. The pregnancy naturally terminates in its early stages. According to the Textbook of Gynaecology by Kamini A Rao, chromosomal abnormalities are the direct cause of spontaneous abortion and autosomal trisomy, polypliodi and monosomy X are most commonly found abnormality in cases of recurrent miscarriage.

The Advanced Fertility Center of Chicago states that, “We do not know exactly why there is an increase in chromosomal abnormalities in the eggs of women as they age. However, research studies have clarified some of the issues involved. The meiotic spindle is a critical component of eggs that is involved in organizing the chromosome pairs so that a proper division of the pairs can occur as the egg is developing. An abnormal spindle can predispose to development of chromosomally abnormal eggs.”
The older women have more chances of having abnormal functioning of chromosome spindles and therefore, are at an increased risk of developing embryo chromosomal abnormalities/problems.

Couples who have had recurrent miscarriages are advised to undergo chromosomal abnormalities to determine the genetic fault in the parents or in the foetus. Foetus’s genetic makeup can be traced using Chromosome Testing on Foetal (Miscarriage) Tissue and parents’ genetic pattern can be tested using Karyotyping of Parents.

Chromosome Testing on Foetal (Miscarriage) Tissue: This test is conducted immediately after the miscarriage has happened. The genetic pattern of the foetus is studied deeply to determine any chromosomal abnormality it had which inhibited its survival in the womb.

Karyotyping of Parents: The chromosomal pattern of blood of both the parents are analysed to determine any genetic problem in the either of them. For better understanding of chromosomal anomaly that caused miscarriage, parents’ genetic pattern is studied in conjunction with foetus’s makeup.


Chromosomal abnormalities are among the key causes of miscarriage in the first trimester of pregnancy and unfortunately, these cannot be controlled.

MORE FOR YOU
Study: Eating Millets Regularly Can Fight Anaemia
7 Natural Treatment Options For Jaundice In Newborn Babies
7 Unhealthy Foods And Their Healthier Alternatives
Know About The Importance And Functions Of Milk Teeth From A Dentist
5 Tips To Prevent And Tackle Urinary Tract Infection
Flat Feet Exercises: Try These 5 Exercises For Permanent Cure