A new study has revealed that certain dietary supplements contain meth like substance which is more commonly used as a recreational drug. Meth has immense harmful effects on the body and brain. 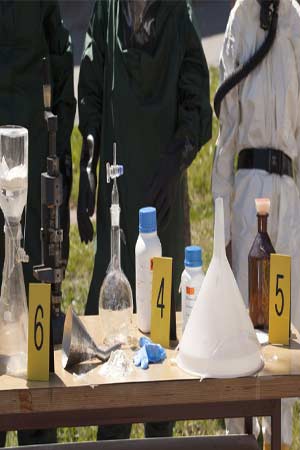 In a recent study it was found that the dietary supplement called ‘Carze’ could contain a meth-like party drug.

Assistant professor of medicine Pieter Cohen at the Harvard Medical School said in his statement that they have found a drug in a mainstream sports supplement that has been studied in humans. He also added that the health risks of using this supplement adulterated with a drug should not be ruled out, and users must be extremely cautious.

Marketed by Driver Sports, Inc., Craze supplement has been looked into by researchers after it was flagged in several failed drug tests. Cohen had teamed up with the independent testing global health organisation in order to analyse the supplement’s contents. In the study it was found that a substance called N, alpha-diethylphenylethylamine (N,a-DEPEA) is structurally similar to methamphetamine by scientists.

Analysis on this suggested that the stimulant is less potent than methamphetamine but is in fact more potent than another stimulant called ‘ephedra’. This stimulant was banned by the Food and Drug Administration after it was linked to heart attacks.

Surprisingly the researchers have also found this meth like compound in another weight loss supplement which is called Detonate.

The study has been published in the Drug Testing and Analysis journal.