Men and Women have Similar Risk of Stroke from Sleep Apnoea

A new study has observed that the danger of stroke from slumber apnoea is almost equal in both males and females.

In an important development for doctors across the world, researchers have confirmed that the stroke threat for men and women from sleep apnoea is almost equal. People suffering from sleep apnoea  are at a risk of getting a stroke and those with it for five years or more are at higher risk. 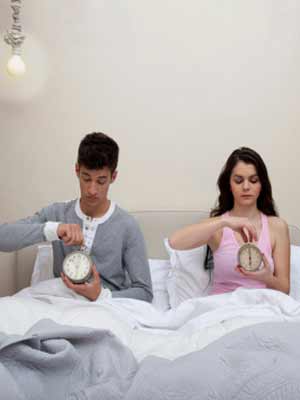 Suzanne said: “Overall, we have found evidence of an increasing likelihood of stroke in women and not just the men. We are showing that women who reach the threshold for sleep apnea are at risk for cardiovascular disease.” The finding has established the fact that women who are diagnosed with sleep apnea just like men should not hesitate to attend to cardiovascular risk factors.

Moreover, during the study 268 cases of people who suffered strokes were also analyzed. She said: “When we adjusted for other variables, we found that when compared with the lowest quartiles in both women and men, [there was] evidence of the impact on stroke in people with the highest categories of obstructive sleep apnoea index scores.”

How Sleep Apnoea Gives You a Stroke

Last month a study done by the University of Sydney in Australia, linked moderate to severe obstructive sleep apnoea to an increased risk of stroke, cancer and death. 397 participants were studied and the researchers looks at the objective sleep data which was gathered in 1990 using a portable home sleep testing device.

According to the lead author Nathaniel S. Marshall, sleep apnoea is a common disease that has a powerful impact on public health because it greatly increases the risk of strokes, cancers and mortality from any cause.

Sleep apnoea is a common sleep disorder which involves repetitive episodes of complete or partial upper airway obstruction occurring during sleep. The results warn those with symptoms of sleep apnoea, such as loud and frequent snoring or silent pauses in breathing during sleep. It is advised that they should see a physician for a comprehensive sleep evaluation.

This study was published in the Journal of Clinical Sleep Medicine.