Memory loss may not be the only sign of Alzheimer’s, know other symptoms

Aging related memory loss is a general fear which most people identify with. Such a memory loss is associated with dementia and Alzheimer’s, which continues to be a scary condition as there is no cure for the disease yet. There are some symp

Alzheimer’s continues to be a threat to the quality of life for older people, as its origins and cure remain a mystery. Though forgetfulness and memory loss is a common aging related problem, some symptoms might be early signs of Alzheimer’s. Early detection of the disease helps better management and results in a better life quality for the patient. 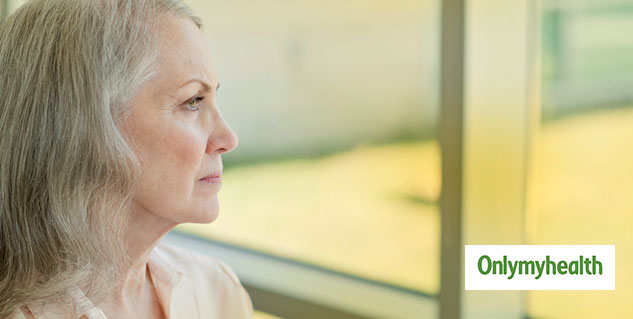 Here are some early signs of Alzheimer’s:

Indifference or apathy can be the first symptoms of Alzheimer’s disease. Loss of interest in activities which once were a source of joy or entertainment, withdrawal from social activities and disinclination towards participation in community events are usually seen in the early stages of Alzheimer’s.

Also read: All You Need to Know about Alzheimer’s Disease

Depression is linked by many studies to different types of dementia in later stages of life. Although there is no concrete proof, the link between depression and Alzheimer’s is an area of interest for research.

The anxiety can range anywhere from mild discomfort to severe panic attacks. Hyper-attention to the details can also be a way to overcome forgetfulness and memory loss.

Changes in vision and eyesight

Many people who suffer from Alzheimer’s have had issues with sudden change in vision in the earlier days of life. Vision problems which cannot be explained by an eye exam might indicate the beginning of deterioration in the brain.

The issues in eyesight is not related to eye problems, rather the visual processing which happens in the brain. Such people might also start to have problems with other sensory stimulations such as smell and touch. The lack of interest might also be reflected in the daily habits of a person who is beginning to have symptoms of Alzheimer’s or dementia. The change might be there in small daily habits and personal traits such as cleanliness, dressing style and hobbies.

People suffering from Alzheimer’s may start to stray away from their set routines, such as not paying attention to their clothes or skipping bathing and grooming.

Alzheimer's disease affects concentration, memory and thinking which make it difficult to concentrate and it also shortens the attention span, and makes it difficult to understand abstract concepts such as numbers. So those affected with it, find it difficult to manage their finances, cheque books and payment of bills.

Inability to make judgments and decisions

Making everyday judgment and decisions, such as what to do if food is burning on the stove, or how to handle a kitten which suddenly jumps in  front of the car while driving, become increasingly difficult.

AD affects the ability to find the right words to identify objects, express thoughts or take part in conversations. Progressively, reading and writing skills are affected as well.