Medicines for Acidity Cause Vitamin B-12 Deficiency

People who take certain acid-reflux medications might have an increased risk of vitamin B-12 deficiency, according to new research.

People who suffer regular acidity and take medications to relieve it, might have an increased risk of vitamin B-12 deficiency, says a new research. 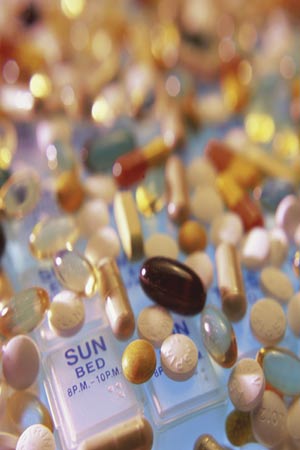 "This study raises the question of whether or not people who are on long-term acid suppression need to be tested for vitamin B-12 deficiency," said study author Dr. Douglas Corley, a research scientist and gastroenterologist at Kaiser Permanente's division of research in Oakland, Calif.

Corley said, however, that these findings should be confirmed by another study. "It's hard to make a general clinical recommendation based on one study, even if it is a large study," he said.

The U.S. Office of Dietary Supplements (ODS) mentions vitamin B-12 to be an important nutrient that helps in keeping blood and nerve cells healthy. According to the ODS, between 1.5 percent and 15 percent of Americans are deficient in B-12. The nutrient can naturally be found in meat, fish, poultry, eggs, milk, and other dairy products.

Although the study found an association between taking acid-reflux drugs long-term and having a higher risk of a B-12 deficiency, it didn't establish a cause-and-effect relationship.

The study's findings were published in the Dec. 11 issue of the Journal of the American Medical Association.