How much protein do you need to make and maintain muscle

The idea of eating more protein has gained popularity in the past few years. Some of us, however, may even be eating much more than we need!

The idea of eating more protein has gained popularity in the past few years.  Some people may think the way to build body muscle is to eat high-protein diets and use protein powders, supplements and shakes.  But there’s no solid scientific evidence that most Americans need more protein.  Most of us already get all we need.  Some of us may even be eating much more than we need. 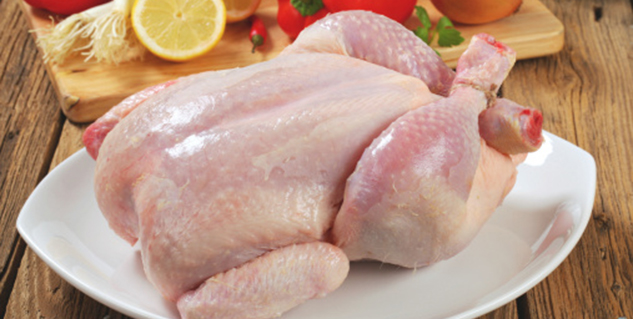 Proteins play a key role in our bodies.  They make up about 15% of the average person’s body weight.  You probably know proteins as the major component of muscle.  Muscles flex arms and legs, contract our hearts and create waves in the walls of our intestines to move food along.  All this muscle activity accounts for most of the energy our bodies burn.  The more muscle you have, the more calories you burn and the more food you need to maintain your weight.

Proteins also perform crucial activities within all the cells of your body.  They move molecules from one place to another, build structures, break down toxins and do countless other maintenance jobs.  Proteins play an important structural role in cells as well, making up a sort of miniature skeleton.

Proteins are actually chains of small molecules called amino acids.  Some of these chains are constantly being broken down, and new ones are strung together to take their place. Your body can make some of these amino acid building blocks, but not all of them.  The ones you can’t make are called essential amino acids.

Meat in general is a good source of protein, with a full mixture of all the essential amino acids.  However, it can be high in fat.  Try to select lean cuts such as top round and sirloin.  Poultry, fish, eggs, nuts, seeds and legumes (dry beans or peas such as lentils, chickpeas and kidney beans) are also good sources of protein.

Most Americans already eat about 12-18% of their calories as protein.  Dr. Van S. Hubbard, director of the NIH Division of Nutrition Research Coordination, says that most Americans don’t need to worry about getting enough protein.  “Unless they have some other medical problem, most people are meeting or exceeding their protein requirements,” he says.  “Since protein is such a common component of most foods that you eat, if you’re eating a relatively varied diet, you’re getting enough protein.”

Some people, such as vegetarians, do have to pay attention to the protein in their diets.  While animal proteins have all the essential amino acids, plant-based proteins can have low amounts of some.  That’s why vegetarians have to eat protein from several different sources to get all the different amino acids they need.  As Dr. Hubbard explains, “If you don’t eat enough of certain amino acids, it doesn’t matter if you have more of others.”

Vegetarian food combinations that give you complete protein, for example, include rice and beans or peanut butter and bread.  Eggs are also a good source of complete protein.  People who don’t eat eggs or dairy products need to be particularly careful to get all the essential amino acids they need.

Another group that may not get enough protein is older adults.  A recent NIH study of men and women in their 70s found that those who ate the least protein lost significantly more muscle than those who ate the most protein.  Maintaining muscle is particularly important as you age.  Older adults who lose muscle in their legs and hips are more likely to fall and have injuries like broken hips.  Those who don’t maintain strong muscles as they age might also have trouble doing basic things like getting up from a chair, walking up stairs or taking a stroll through the park.

For most Americans, however, there’s little benefit to eating more protein than they already do.  In long-term studies of high-protein diets, researchers have found that most differences in weight loss can be explained by the amount of calories people eat rather than their protein intake.  High-protein diets may make some people feel fuller, but that effect has been hard for researchers to tease out, because many high-protein diets are also high in fat.

There are questions about the benefits of protein supplements as well.  Advertisements for protein powders and shakes say their products have essential amino acids that the body can’t make.  “That is true,” Hubbard says, “but if you’re eating a varied diet, particularly animal protein, there is skimpy, if any, data that it’s better to eat protein in supplement form than in food.”

In special cases, these products can prove useful.  For elderly people who can’t eat enough protein or patients with diseases that leave them malnourished, a protein supplement can be one way to help get enough protein.  But be sure to talk to a doctor or nutritionist before trying this.

Is it possible to eat too much protein?  Hubbard says, “There is insufficient data to say that a person can eat too much protein.”  He says there is evidence to suggest that people with certain diseases and conditions should limit their intake.  For people with kidney disease, for instance, a reduced-protein diet may help delay the progression towards kidney failure.

Are you eating enough protein?

Most people’s bodies can adjust to a wide range of protein intake. If you eat a varied diet, you probably don’t need to worry too much about how much protein you eat. If you fall in one of the following categories, however, check with your doctor or a nutritionist to make sure you’re eating the right amount: