There is a the link between PCOS and gestational diabetes. Read ahead to know more.

Polycystic ovary syndrome or PCOS is a condition that affects women during their reproductive years. When a female is affected by this condition, it can affect their menstrual cycle. Some might miss their periods for months while others may suffer from periods that last way longer than usual.

In an exclusive interaction with OnlyMyHealth editorial team, Dr Sushma Tomar, Consultant Obstetrics And Gynaecology, Fortis Hospital Kalyan explains the link between PCOS and gestational diabetes. Here is what she shared with us.

In PCOS, women tend to have multiple sacs of fluid on the outer edge of their ovaries called cysts. These cysts contain immature eggs called follicles, which are unable to release eggs, affecting their chances of pregnancy as well. Unfortunately, the exact cause of PCOS is unknown, although early diagnosis and treatment can lower the risk of multiple complications, including type 2 diabetes and cardiovascular disease.

How does PCOS lead to gestational diabetes?

A lot of research in the field of PCOS has shown that there is a correlation between gestational diabetes and PCOS. Before we go ahead, let us understand gestational diabetes. Defined as a type of diabetes that can only develop during pregnancy, gestational diabetes is a condition that can cause a lot of congenital anomalies, especially regarding the fetus's growth and development. It can also lead to complications throughout the pregnancy, like preeclampsia, premature rupture of membrane, high blood pressure, polyhydramnios, intrauterine foetal death, delivery complications and post-delivery hypoglycaemia, to name a few.

Since women with PCOS are often insulin resistant, their bodies cannot use insulin effectively, increasing their risk for type 2 diabetes. This means that pregnant women who are diagnosed with gestational diabetes need to manage their condition very cautiously so that they can avoid pregnancy complications.

Also read: Exercising And Still Not Losing Weight? 5 Common Mistakes You Might Be Making 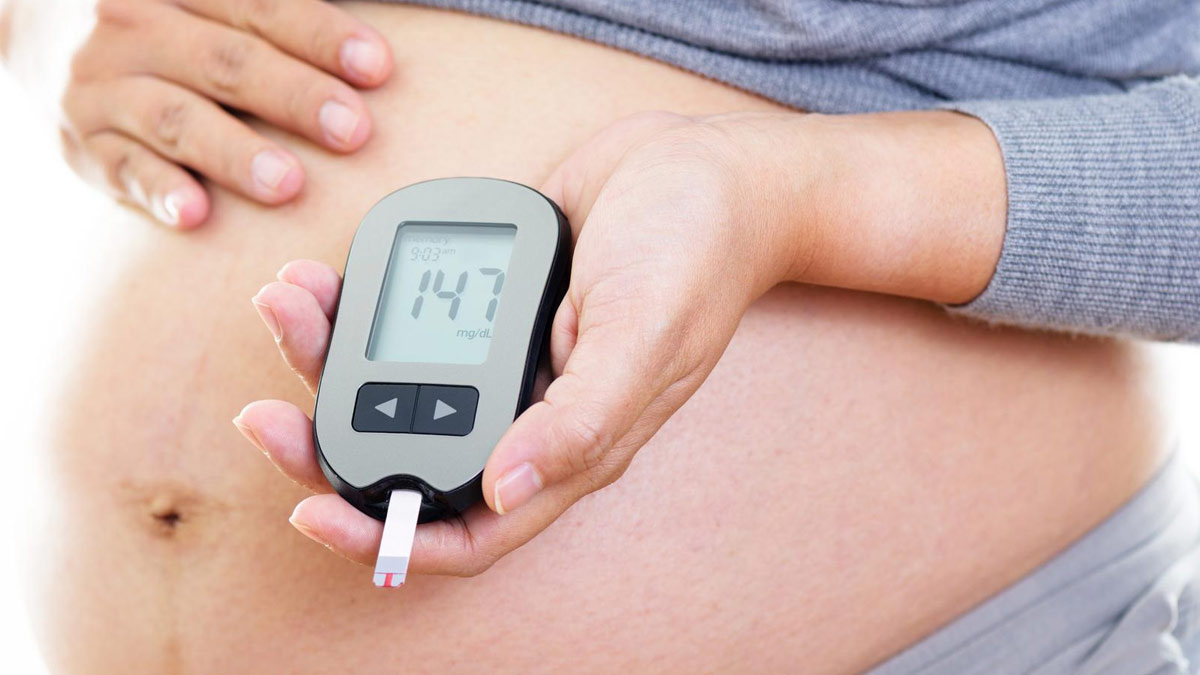 While women with PCOS find it difficult to become pregnant, it is not impossible. However, for women who get pregnant and suffer from PCOS, the risk of getting gestational diabetes is higher as they might have high blood pressure and insulin resistance. Pregnant women with PCOS should be tested for gestational diabetes earlier than 24-28 weeks so that their condition can be managed in a better manner.

Does the risk of PCOS increase with age?

There is no doubt that the risk of gestational diabetes increases with risk, and women who get pregnant after 25 are at a greater risk for the condition. Also, the risk automatically increases if you have a family history of type 2 diabetes or are obese.

What are the symptoms of gestational diabetes?

Although some women may not have any noticeable signs of gestational diabetes, some symptoms may include fatigue, frequent need for urination, excessive thirst, snoring and obesity. However, the only way to properly diagnose gestational diabetes in a woman is through a glucose screening or glucose tolerance test during pregnancy. While this is a routine screening during the second trimester of pregnancy, some healthcare providers may suggest an earlier test if any woman is at a greater risk for gestational diabetes.

How can you prevent gestational diabetes?

While everyone knows that moderate exercise and a healthy diet are essential at all stages of a woman’s life, it is equally crucial during their reproductive years. However, when a woman is pregnant, these lifestyle habits are even more vital as they go a long way in preventing gestational diabetes. Further, a good diet and regular exercise are essential, even for women diagnosed with gestational diabetes, as they can avoid pregnancy complications and help them have a safe pregnancy and delivery.