As the name suggests, swine flu is a type A influenza that is caused in the respiratory system affecting the pigs and resulting in decreased appetite, nasal secretions, chills, fevers and possibly respiratory tract infections or complications such as cardiovascular, hepatic, neurological, or hematologic. It can also cause pain or pressure in the chest or abdomen, difficulty breathing or shortness of breath, dizziness, and severe vomiting. The swine flu virus is a common infection in pigs worldwide, and that is why it is known as H1N1 swine flu. It is first found in pigs and may mutate so that they are easily transmissible among humans. Individuals in contact with pigs can be at higher risk of contracting the virus. Few antiviral drugs and vaccines like zanamivir (Relenza), oseltamivir (Tamiflu), peramivir (Rapivab) and baloxavir marboxil (Xofluza) can help in preventing or reducing the effects of swine flu. Though these medications can cause side effects including nausea, vomiting, loss of appetite or trouble breathing. This contagious virus and the symptoms develop for five to seven days. It should be noted that swine flu is not transmitted by eating cooked pork as cooking them will kill any virus in them. Several vaccines have come up, which can ensure less spread of the virus.  The World Health Organisation alerted that the Swine Flu pandemic is in its phase 5, i.e. rapid human-to-human transmission is spreading across the world. 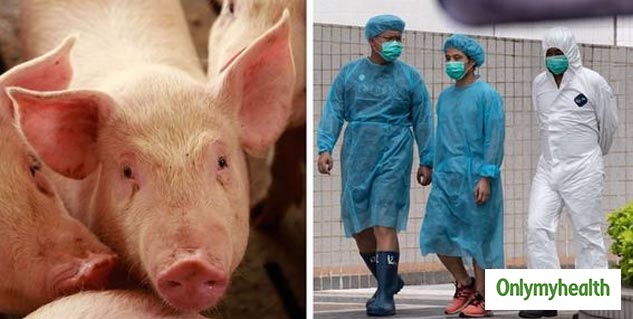 The influenza virion is spherical and an enveloped virus. Lipid membrane, which is the outer layer, is taken from the host cell in which the virus multiplies. The protein is inserted into the lipid membrane, usually glycoproteins, as they consist of proteins linked to sugars that are HA (hemagglutinin) and NA (neuraminidase). An additional protein called NEP is found in the virion. They are essential to the immune response against the virus. The proteins made to combat infections may protect against infection. The lipid membrane is also embedded with M2 protein that targets antiviral drugs. The neuraminidase enzyme, which is on the surface of the influenza viruses supports the virus to breach cell walls. The hemagglutinin, which is a glycoprotein, fixes the virus to the cell being infected. The hemagglutinin molecule consists of a combination of three identical proteins which are then bound together to form an elongated cylindrical shape.

The life cycle of swine flu 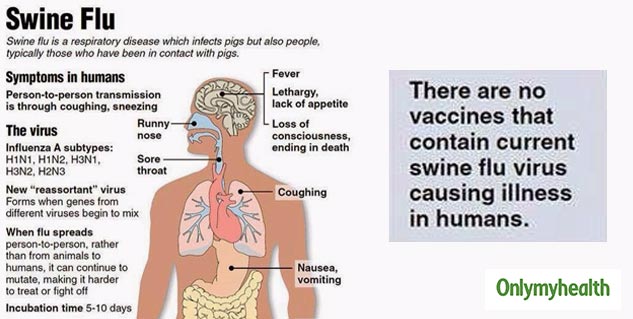 The lifecycle of the swine flu virus, H1N1 can be known because it is usually predictable to live outside of humans for 2 to 48 hours and can be across various surfaces like towels, clothes, door handles or coming in contact with individual through cough, sneeze, talking, etc. that is spread through the air. The Swine Flu Life Cycle consists of seven stages through which its virus goes: 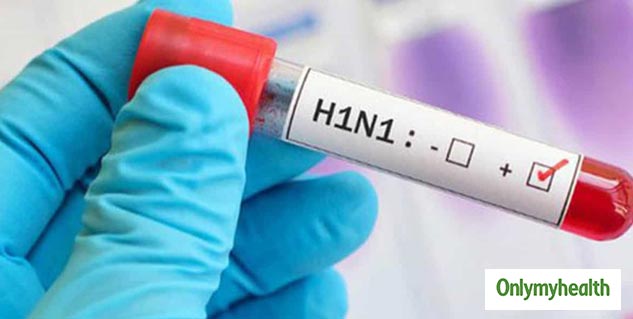 Also Read: 7 Tips to Save your Kids from Swine Flu