Infants Can Have Cataracts Too, Ensure Regular Eye Check-Up For Them

Cataract is not just for adults but an extremely common health concern in infants too. Do keep a check for symptoms

A new-born baby is often compared to a clay mould that is to be shaped and nurtured like a plant that enters this unknown world blank. While the process of parenting an infant is beautiful and essential, it is also very fragile. It needs to be devoted attention more so because a baby cannot even communicate clearly what he/she is going through and is mostly unaware of the same especially when it comes to a medical discomfort internally. This problem specifically holds for an issue that the baby must be facing with his/her vision as they do not even know about it. Such concern arises mostly if the child has cataracts. Yes, while many believe that its only adults who are likely to get cataracts, babies can get cataract too.

A cataract, which is a cloudy area in the lens, can have blurry vision or even block the vision altogether. A cataract could exist in either one eye of the child or each of the two. 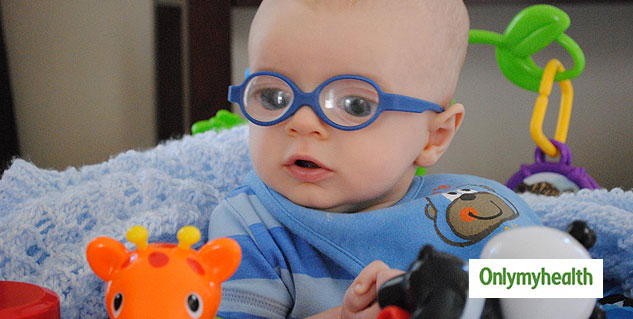 The reasons behind your child having a cataract can vary:

1# The child could be born with a cataract, to which doctors generally refer to as “congenital” which means the lens did not form properly during pregnancy. Congenital cataracts are likely to be dense, milky white opacities in the lens of an eye of the infant’s and can prevent normal visual development if not removed timely.

2# Congenital cataracts can also happen when during pregnancy, the mother gets infections like measles, herpes, influenza, syphilis, etc.

3# Congenital cataracts can also be caused by a chromosomal problem like Down syndrome sometimes.

4# These can even be hereditary, meaning a baby might get it from his/her mother or father, who would have got cataracts in their childhood.

These cataracts could be acquired too, that means the child can also develop them after birth due to many possible causes like:

Owing to similar reasons, children or older babies can also be diagnosed with cataracts that are referred to as developmental cataracts.

FINDING OUT IF YOUR CHILD HAS CATARACT 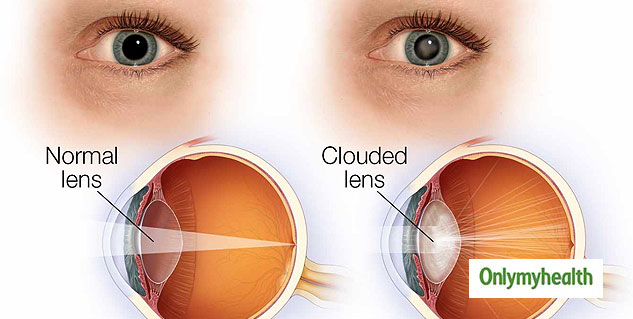 Cataracts are not always visibly identified, but when they can be, they appear like a white or grey spot or a reflection inside the pupil. A regular vision check-up of the child is necessary to detect cataracts as early as possible. Initial vision screening begins with the new-born child itself, and regular tests are continued through infancy and childhood. Check-ups are also crucial because babies cannot explain or even identify vision problems. The first examination of eyes should be at birth, which is usually done by the paediatrician.

One way to observe is that by the time the baby is three months old, he/she should be able to track things with eyes. If not so, pediatric ophthalmologist needs to be contacted.

Parents can also check if the child’s eyes are misaligned. 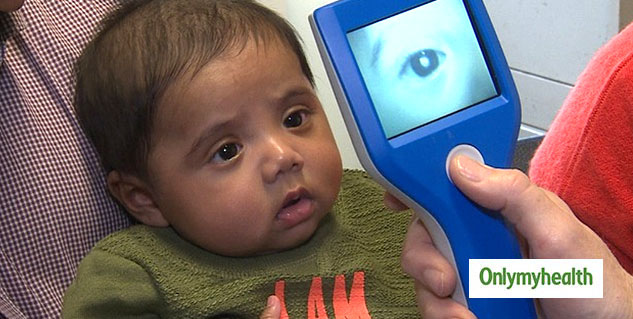 The treatment to remove cataracts is only surgery. However, if the cataract is small and does not affect the vision of the child, then it may not need to be removed. The optimal time about when the surgery should be performed depends on the density as well as the location of the opacification, and are an expert’s decision. To enable normal visual development, prevent amblyopia as well as blindness, cataract surgery should be conducted as soon as possible.

The early the diagnosis, the sooner the treatment, the more are the chances of saving the baby’s vision. If not timely taken care of, congenital cataracts lead to “lazy eye” or amblyopia which can further lead to other eye problems like strabismus, nystagmus and inability to fix a gaze upon objects. These issues can thoroughly affect personality, learning ability and even appearance, which will ultimately affect the child’s entire life.

Regular eye check-ups need to be continued with the doctor even after surgery.