Indian food myths that need to be debunked, now!

Superstitions associated with food border on silly and absurd with no scientific basis for their claims. Many of them are still doled out as advice when we have no idea what the actual reason is behind a health issue (most commonly digestion issue

What do superstitions like not cutting your nails after sunset and not drinking dairy after consuming meat products have in common? 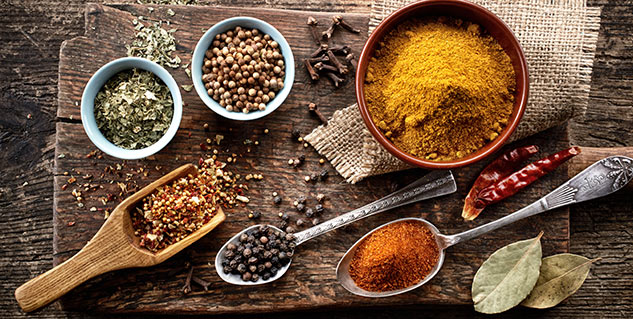 At one point they used to be what we now call life-hacks! Myths that were propagated as common sense and common knowledge in order to live healthier lives have a fact associated with them. They’ve been the unsuspecting causes of many habits formed over time.

Sridhar Varadaraj, the managing partner of Zago believes that these superstitions border on silly and absurd things with no scientific basis for their claims. Many of them are still doled out as advice when we have no idea what the actual reason is behind a health issue (most commonly digestion issues).

Not eating sugar will save you from diabetes

Staying away from the sweet stuff will kill a few calories, but won't necessarily eradicate diabetes. Diabetes is a disorder of carbohydrate metabolism, and is caused by a combination of genetic and lifestyle factors.

Bananas and apples are rich in iron because they turn brown

Apples and bananas are an excellent source of fibre, not iron. This change in colour is an enzymatic reaction that has nothing to do with iron. The darkening results from the oxidation of phenolic compounds in fruits, in the presence of oxygen available from air and the supporting enzyme.

Honey and molasses are better than sugar

While honey and molasses certainly are natural unrefined sweeteners, they still have a high glycemic index, just like white, refined sugar.

Tomato contains a large amount of lycopene, an antioxidant that is highly effective in scavenging cancer causing free radicals. This benefit can even be obtained from heat-processed tomato products like ketchup. The lycopene in tomatoes defends against cancer and has been shown to be particularly effective in fighting prostate cancer, cervical cancer, cancer of the stomach and rectum as well as pharynx and esophageal cancers. A single tomato can provide about 40% of the daily vitamin C requirement, so tomatoes can definitely improve the skin texture and the overall look. But most definitely isn’t the sole responsible factor for rosy cheeks.

Regular consumption of milk will make you absolutely white

Milk has several nutrients which help skin look its best. It has lactic acid which can act as an exfoliant and enzymes to help smooth skin. It also has amino acids that help keep skin moisturized. Milk can help prevent damage from environmental toxins because it has antioxidants. Milk is more beneficial to the skin when applied externally.

Drinking tea or coffee will darken your skin tone

Our skin tone is controlled by a pigment called melanin, there’s no scientific proof that tea or coffee have any effect on the production of melanin in those who consume it. The production of melanin depends on our genes and exposure to sunlight. Caffeine in tea and coffee has been shown in many studies to not only reduce risk of dementia but improve short term memory and reduce stress.

Green chillies, both in their raw and cooked form, can make you taller

Vitiligo/white spots are caused by pigment cells called melanocytes dying and have nothing to do with the consumption of citrus or sour foods after dairy. The notion that a curdling effect takes place in the stomach is not based on any scientific knowledge as well.

If you have a sore throat or cough, eat gol gappas as the sour water neutralizes the germs

There is absolutely no truth in the notion that sour foods or citric acid help reduce the presence of germs that cause a sore throat. While Vitamin C can boost the immune system, eating gol gappas provided they’re from a clean source will not affect the course of the sore throat.

Don't eat curd in the evening, it can give you a cold

Yoghurt is one of the best snacks to cure those midnight hunger pangs. It is low calorie and has significant protein. Colds are viral in nature and will only occur if immunity is low and the individual is exposed to the rhinovirus. Yoghurt in and of itself can’t be assumed the culprit for the common cold.