This is how social media makes you angry

Social media seems to be the most happening thing that has happened to us, but not many realise how it may be making us more vulnerable to negativity and depression. A study explains how.

Supposedly, browsing through the photos of your friends on Facebook doesn’t always make you happy. On the contrary, if the photo has your friend having a good time at a hills station or a beach or even a great restaurant, you might start feeling inferior. 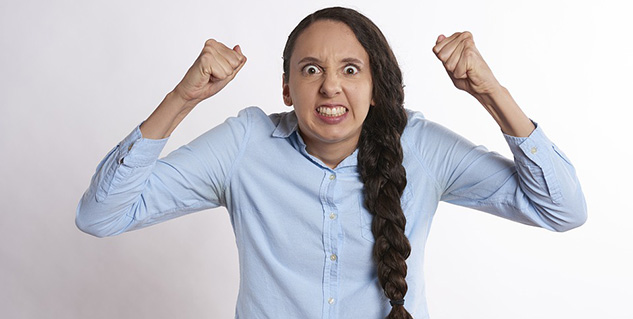 When you feel lonely even amongst hundreds of friends

Facebook and other social media sites are there for us to connect with people all over the globe; we know some of them and have never even met many of them and this is one of the many reasons why we feel envious, miserable and lonely after browsing through their images on Facebook. As the research done be two German universities suggests, success and happiness of “Facebook friends” induces the feeling of envy, misery and loneliness.

The scientists studied 600 people who logged in the social network and discovered that one in three felt worse after visiting the site—especially if they viewed vacation photos. Facebook frequenters who spent time on the site without posting their own content were also more likely to feel dissatisfied.

In consonance with the research done by scientists, People who are frequent user of social networking sites are left with feelings of misery, worthlessness and especially if they browse through a vacation photos of their Facebook friends. Though, people who post their own stuff such as content and photos are also found to be dissatisfied.

“It was surprising to know that so many people are going through a negative experience by using Facebook with resentment leaving them feeling frustrated, lonely or angry,” Study author Hanna Krasnova from the Institute of Information Systems at Berlin’s Humboldt University was quoted as saying. “From our observations some of these people will then leave Facebook or at least reduce their use of the site.”

How Facebook puts off people? How people get frustrated by just browsing through images on Social Media sites? People start comparing their own life with the people they come across on Facebook and that is how frustration grows into envy and then into loneliness.

Another very surprising fact emerged that people who get fewer likes on comments on their own Facebook posts get the feeling of dissatisfaction. Surprising but true!

The study authors note that both men and women feel pressure to portray themselves in the best light to their Facebook friends, but men are more likely to post more self-promotional content in their “About Me” and “Notes” sections than women, though women are more likely to stress their physical attractiveness and sociability.

Study further concludes that men and women go through the same pressure to show themselves in good light. However, men are highly probable to boast more and post self-promotional content in their “About Me” and “Notes” sections than women, whereas women are prone to get stressed about their physical attractiveness.

Study suggests that whatever the content is being shared is not always and entirely “explicitly boastful” about the envious feelings. It might just happen that a loner Facebook frequenter will resent the number of birthday wishes his or her peer is receiving on FB Wall. And it will happen that going through a breakup will land in emotional trauma after seeing a friend’s relationship status change from “single” to “In a relationship or got married”

In some measure, it seems that negative effects almost suppress the good effects of being social via all these social networking sites. The study suggests further that if the situations remain the same and people keep getting emotional stung after their visit to Facebook or any social networking site, connecting socially on such sites will just become another source of stress for people.

In February 2013, Germany hosted the Information System Conference and the research story was introduced.

Here’s why you could be talking in your sleep