How magnesium prevents diabetes: Researches have shown that magnesium can prevent diabetes. 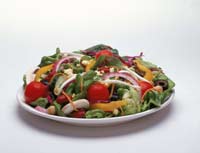 Magnesium can prevent the occurrence of diabetes as it has a lot of positive effects on the bodily functions, particularly that of insulin production. If you increase magnesium intake, insulin sensitivity is improved and systemic inflammation is reduced. This helps to control diabetes symptoms.

Intake of Magnesium and Diabetes Prevention

In a study reported by a prominent diabetes journal, 330 participants were observed over a period of 20 years.  It was reported that people who consumed 200 mg of magnesium daily had much reduced risk of developing diabetes. Compared to volunteers whose daily calcium intake was 100 grams, the people who consumed 200 grams daily had 47 percent less chances of developing the disease.

According to the researchers, this could be due to the fact that magnesium is responsible for production of a lot of enzymes which are required for processing glucose. So, with an increased intake of magnesium, the biomarkers that indicate increased inflammation and insulin resistance go down significantly. You can obtain magnesium from natural sources and prevent the risk of diabetes to a great extent.

Moreover, 3 exhaustive studies undertaken at Harvard University with nearly 17000 participants of both the sexes revealed that individuals that have high blood magnesium levels are less likely to suffer from insulin resistance or type 2 diabetes compared to people that who have low serum magnesium levels.

Another study undertaken in Mexico showed similar results. Patients suffering with a metabolic syndrome (which is linked to insulin resistance that generally aggravates to become type 2 diabetes with time), had much lower magnesium levels compared to subjects that did not show any metabolic syndrome. These researches indicate that people with low magnesium levels caused by insufficient dietary intake or heavy loss of magnesium by some defect in kidneys’ functioning are under greater risk of developing insulin resistance leading to type 2 diabetes.

Large quantities of natural magnesium can be found in whole grains, beans, seeds and in many vegetables, particularly green leafy vegetables such as Swiss chard and spinach which are its richest sources. Other sources of magnesium could be cucumber, kale, celery, broccoli, summer squash, turnip greens, eggplant, soybeans, asparagus, cashew, watermelon, carrots and cabbage.

Magnesium deficit in your body could also be prevented by sticking to a balanced diet. Elemental magnesium found in magnesium supplements can be a trustworthy source of magnesium for those who are suffering from deficiency of magnesium. In view of the researches mentioned above, people should choose those foods that have enough of this element as magnesium may help prevent diabetes.