How to Boost Memory with Ayurveda

Usually, it is aging that robs you off your memory but some other factors such as a severe accident or stress can incapacitate it.  Take aid of Ayurveda, which is a holistic approach to improve memory and do not let your mental performance sl 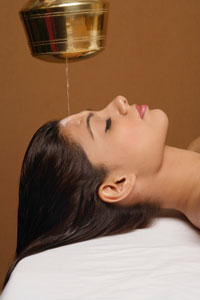 The human brain is one of the most sophisticated organs in the human system. One primary function of the brain is to retain information, which we call memory, an aspect that differentiates human beings from animals. Memory can become faulty for various reasons and incapacitates the person to make full use of his or her potential.

Improving memory has been the quest for mankind for a long time. Perhaps Ayurveda has the answers. They are listed below:

Brahmi (Bacopa monnieri) is one of the most researched herbs because of its memory improvement property. It has been found that Brahmi contains several chemicals that promote protein synthesis in the nerves and brain cells thus increasing the brain’s mental capacity. This enables a person to think clearer resulting in memory that is more vivid. In India it has been administered to school going children to increase their grasping power, so that they can assimilate information readily.

Adults using Brahmi find it relaxing and soothing to their brain cells. Thus, Brahmi functions as an anti-anxiety agent and anti –depressant as well. Brahmi oil is used to massage the head which puts the mind at rest and increases mental abilities.

As a result of studies by western experts this herb has been found to improve blood circulation in the central nervous system, a central requisite for a capable and healthy brain. Apart from this, ginkgo corrects any damage done to the cells of different parts of the bodyby minimising the effects of the blood clotting. Extracts of Ginkgo is prescribed in cases of amnesia and Alzheimar’s disease as a brain tonic.

Gotu kola increases blood circulation in different parts of the body including the brain. It protects the brain from damage due to the wear and tear of its cells. Gotu kola can regenerate lost energy and make the person feel more energetic. It is used in brain tonics to improve concentration and enhance memory.

Ashwagandha has a property of enhancing memory and improving overall brain functioning. It is also an adaptogen, i.e. it can act in both high and low functioning of brain memory. Ashwagandha is very powerful in making new concepts seem clearer and easy to understand. It is a vital component of almost all herbal brain tonics available in the market.

Mulethi is a liquorice tasting herb known worldwide for its curative properties. It is an efficient brain tonic and a re-vitaliser for the brain. In times of stress, mulethi can stimulate mental functions so as to feel a calming and relaxing effect. Moreover, it is known to increase the circulation into the central nervous system and balances the sugar levels in the blood. Mulethi is frequently provided to students who are preparing for important examinations, as it helps to remember small facts and bits of information.

Vacha as a component in brain tonics that shows results in a short time. It increases the overall memory of the person and strengthens the nervous system. Vacha is prescribed to people who have amnesia.