Scientists studying the evolution of HIV have found evidence that the virus is slowly adapting over time to its human hosts.

A new study has found that HIV has its roots in the united states, adding that the deadly virus is slowly adapting to humans. 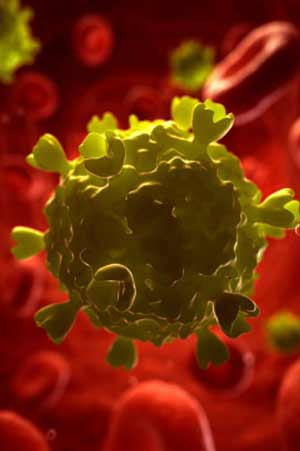 The research was done by scientists from the Faculty of Health Sciences at Simon Fraser University in British Columbia and published in the journal PLOS Genetics. The team reconstructed the epidemic's ancestral HIV sequence since the first recorded cases in 1979, which enabled them to assess the spread of immune escape mutations.

"Much research has focused on how HIV adapts to antiviral drugs — we wanted to investigate how HIV adapts to us, its human hosts, over time," said lead author Zabrina Brumme, an assistant professor in the Faculty of Health Sciences at Simon Fraser University.

"HIV adapts to the immune response in reproducible ways. In theory, this could be bad news for host immunity — and vaccines — if such mutations were to spread in the population," said Brumme.

HIV weakens the body's immune system by destroying CD4 cells. If enough CD4 cells are destroyed you can develop full-blown AIDS. To date, the World Health Organisation (WHO) estimate at least 36 million people have died from the epidemic.

The origins of HIV are disputed, with many scientists believing it originated in Africa at some point between the late 1800s and the 1950s, possibly as a result of a human eating "bush meat" – probably a chimpanzee. Today Africa has far higher rates of HIV and AIDS, and report author Brumme warns the virus may evolve more rapidly in such an environment.

"Overall, our results show that the virus is adapting very slowly in North America," says Brumme.

"In parts of the world harder hit by HIV though, rates of adaptation could be higher. We already have the tools to curb HIV in the form of treatment – and we continue to advance towards a vaccine and a cure. Together, we can stop HIV/AIDS before the virus subverts host immunity through population-level adaptation."

The study was published in the journal PLOS Genetics.