Turns out, heavy drinking of alcohol can expose multiple organs to the risk of diseases. Learn what the new study has to reveal.

It was until yesterday well known that heavy drinking can severely damage the liver, but newer studies have come to reveal that it also affects the lung. Alcohol can cause a highly dangerous level of fat build-up in the lungs. This is why most alcoholic are known to have lung diseases.
The new study further found that heavy drinking damages the body in a lot of ways. Besides liver failure, alcoholics are at a greater risk of developing pneumonia as well as life-threatening acute respiratory distress syndrome for which there isn’t any treatment. 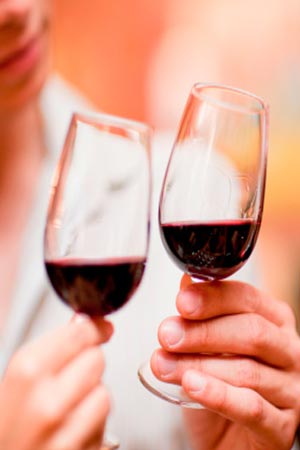 As of now, the researchers at Thomas Jefferson University have discovered that one of the keys to failure of immune system in the lung is the build-up of fat. This finding offers both novel explanation for development of lung diseases and also offers the possibility of a new treatment. The lead researchers of the study, Ross Summer, said, “We call it the alcoholic fatty lung”. “The fat accumulation in the lungs mimics the process that causes fat to build up and destroy the liver of alcoholics”.

Lungs have a subpopulation of cells that make the fat. Surfactant producing cells expel a fatty secretion onto the inner lining of the lung to keep the airways properly lubricated during breathing. Summer and colleagues wondered whether the surfactant cells may behave in a similar way to the liver cells after extended alcohol exposure by also accumulating fat.

After the rats were exposed to alcohol, the researchers noticed that the surfactant cells increase their production of triglycerides by about 100 percent and free fatty acids by 300 percent, compared to rats that were fed non-alcoholic diet with the same number of calories.

The researchers also noticed fat-up not only in the surfactant cells but also in lung macrophages, which are immune cells that normally engulf as well as digest bacteria or sick cells in the lung. Summer said, “It's likely that the macrophages try to engulf the excess fat in order to protect the cells in the lung, but in doing so, they become less effective sentinels against infection and disease”.

The researchers showed that the fat-exposed macrophages were much less effective at killing bacteria compared with normal macrophages.

MORE FOR YOU
Why Are Breast Cancer Demographics Changing In India? Know The Challenges From Expert
7 Unhealthy Foods And Their Healthier Alternatives
Weight Loss Thali: 10 Expert Tips To Lose Weight Without Dieting
Getting Cramps Regularly? Know Possible Causes Behind This Condition Of Water Retention
Type 1 & Type 2 Diabetes: What Is The Difference?
World Cancer Day 2021: What Can You Do To Manage Cancer-Related Pain?

alcohol side-effectshow is alcohol bad for bodyalcohol and lung diseases