Kids with Head Injuries more likely to be Depressed

Study finds that depression in kids is more likely to be diagnosed with mood disorder, but reason for link is unclear.

A new study finds that children who've suffered a head injury seem to have a much higher-than-average rate of depression. 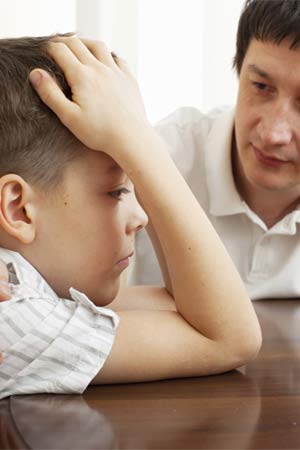 The researchers used data from a U.S. health survey to find the link between children who'd ever sustained a brain injury and depression. They found that 15 percent had received that diagnosis, while the national prevalence was less than 4 percent.

The finding does not prove that kids' head injuries caused the depression. However, there is a "well-documented" connection between brain injury, particularly more severe ones, and depression in adults.

Previously, there have been some small studies of children, but the findings have been mixed. This one doesn't prove cause-and-effect, but does support an association between brain injury and depression in kids. The data and conclusions of research presented at medical meetings should be viewed as preliminary until published in a peer-reviewed journal.