Here's Why you Shouldn't have Aerated Drinks

An infographic that went viral recently on what happens in first 60 minutes of drinking aerated drinks has brought little suprise to us. But, ignorance won’t simply make it better.

"Soda" and "healthy" never go hand in hand, and that is like stating the obvious. This is why the latest infographic that went viral on the internet showing the minute-by-minute effect of aerated drinks on the body hardly surprised us. 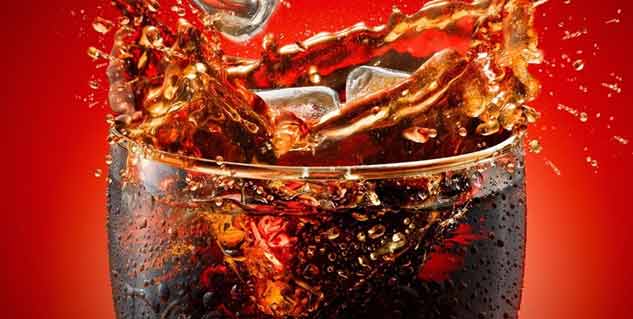 Although most of us are aware of all the ill-effects of soda, some of us are still likely not to know what exactly happens inside the body once we drink it. So, here is a detailed description of what happens after an hour of drinking aerated drinks. Let's warn you, it is not pretty. At all.

In the first 10 minutes, 10 teaspoonfuls of sugar enter your system. And mind you, this is the maximum intake of sugar one should take in a day. Your body, which in situations like such is most likely to vomit out the overdose of sugar, decides instead to keep it down due to phosphoric acid which cuts the flavor in aerated drinks.

In 20 minutes, your blood sugar levels begin to spike, causing an insulin burst. As a response, your liver starts to turn maximum sugar into fat.

The caffeine in soda will have by now got absorbed by the body. Your pupils will dilate, your blood pressure will rise and your liver will inject more sugar into your bloodstream. This is when the adenosine receptors in your brain get blocked to prevent you from feeling drowsy.

In 45 minutes of consuming soda or aerated drinks, your body increases production of the pleasure neurotransmitter dopamine.

In the final 60 minutes, soda’s phosphoric acid binds with calcium, magnesium, and zinc in your lower intestine to give a boost to the metabolism. High doses of sugar intensify this and the artificial sweeteners make you urinate calcium out.

After the first hour, caffeine’s diuretic effect will give you an urge to pee. When you urinate, you will pass on the bonded calcium, magnesium and zinc that were supposed to strengthen your bones.