Frequent use of marijuana in teenagers and young adults has been found to trigger memory loss and other cognitive problems.

Marijuana is a herb that is naturally and most widely spread in the lush of our country. A psychoactive drug that gives us peace from the complexities of everyday life is what the users of it would like to attribute their use of this herb to. Moreoever, who does not want an instant lift from the void? And just as the hypnotic drug comes out of hidden sheets inside your friend’s wallet, you give in to your temptations. While a once-on-in-a-while use of this herb can be soothing indeed, researchers warn that a frequent use can lead to cognitive decline, decreased IQ and poor attention and memory in teenagers as well as young adults. 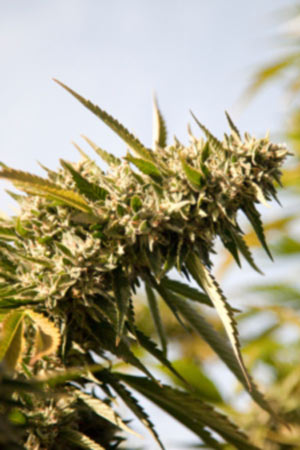 The director of brain imaging and neuropsychology lab at University of Wisconsin-Milwaukee, Krista Lisdahl, said that it is important for one to know that regular use of cannabis i.e. once a week, is not safe and can result in neurocognitive damage as well as addiction, especially in the youth. She also considering legalization of this herb, policymakers must address the ways in which easy access to this herb is prevented and also provide treatment funding for young adult users as well as adolescents. Krista also recommended that the legislators consider regulating levels of tetrahydrocannabinol, or THC, which is a major psychoactive chemical present in marijuana so as to reduce the potential neurocognitive effects.

The scientists said that significant changes can be seen in the brain structure of people, especially adolescents. This information was derived after researchers looked at brain imaging studies of regular marijuana users. The researchers further revealed that at abnormalities in the brain’s gray matter which is linked with intelligence was found in 16-19-year-olds, who had an increased their level of consumption of the herb in the last year.

MORE FOR YOU
IVF and Premature Births: Know How To Take Care Of An IVF Premature Baby
Suffering From Bad Body Odour? Here Are 7 Food Choices To Prevent It
Getting Married? Follow This Ayurvedic Hair Care Routine For Brides-To-Be
Does Sleeping Over 6.5 Hours Per Day Cause Cognitive Decline? Study Finds Out
Homemaker Mom Kuljeet Kaur Lost 46 Kgs Without Dieting or Vigorous Exercising, Find Out The Secret Here
From 101 to 60 kgs: How Nikita Marwah Lost 41 kgs Without Following Any Fancy Diets

Marijuana effectsaffects of marijuana on brainmemory loss and marijuana use