5 reasons why you should quit eating red meat

Red meat is considered to be one of the most controversial foods of all times. But, some of you have been eating it for your whole life. It is about time you realise the pros and cons of eating red meat.

Some people just love red meat more than any other type of meat. The recent ban on beef in Maharashtra must have dissapointed a lot of meat lovers. However, this could be a case of benefit in disguise. After all, even scientifically, red meat is considered to be one of the most controversial foods of all times. But, some of you have been eating it for your whole life. We bet, you are likely to regret it, and you may even stop eating red meat forever after you read our list of dangers of eating this meat. 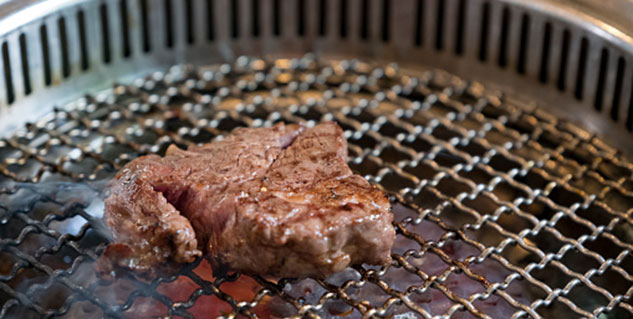 It hardens your blood vessels

Red meat has a compound called caritine, which has been found to cause atherosclerosis, the hardening or clogging of arteries, says a study published in the Journal Nature Medicine. The research was conducted on more than 2500 vegetarians and omnivore cardiac patients. According to this study, bacteria in the intestine converts carnitine into a damaging compound called trimethylamine-N-oxide which could increase the risks of cardiovascular disease.

According to a study from Harvard School of Public Health, consumption of red meat increases risk of a shortened lifespan. Some healthier protein options like fish, poultry, nuts and legumes are associated with a lower risk of mortality on the other hand, foods made with processed red meat are found to be the worst foods. Even though, the specific cause is not clear yet, researchers believe it may likely be because of the charring meat, which increases toxins, causing stomach cancer.

Mad cow disease is a transmissible, slowly progressive, degenerative and fatal disease which affects the central nervous system of adult cattle. It is not just related to cows, a human version of mad cow disease is known as variant Creutzfeldt-Jakob disease (vCJD) which is believed to be caused by eating beef products made from the meat of cattle infected by mad cow disease. The disease is so fatal that it can lead to death within fourteen months of diagnosis.

Another research suggests that consumption of red meat is associated with an increased risk of type 2 diabetes. The research also concluded that eating three extra servings of red meat every week might increase risk of developing diabetes by 50 percent.

Puts your colon and brain at risk

According to a new study conducted by University of California, Los Angeles, consumption of red meat in excess can increase levels of iron in the brain and may increase risk of Alzheimer’s disease. Accumulation of iron in the brain destroys myelin, a fatty tissue that coats the nerve fibers, causing disruptions in brain communications. In addition, eating red meats may also increase risk of colorectal cancer in people with a genetic predisposition.