Now a new study has declared that by eating fish at least once a week you can make your brain healthier, and individuals eating fish have been found to be entering high school compared to those who do not. 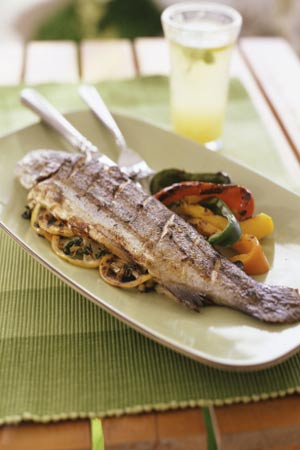 A new study has shown that by eating broiled fish once in a week you can make your brain healthier. The omega-3 fatty acid that it contains in it does not matter in this regard.

The research that was held at the University Of Pittsburgh School Of Medicine has shed further light into the growing evidence that lifestyle factors could contribute to our brain health later on in life. It has been estimated by scientists that more than 80 million people will be suffering from dementia by the year 2040. But the anti-oxidant effect of omega-3 fatty acids found in high amounts in fish, nuts and certain types of oils. These foods can help to improve the health, and in particularly your brain health.

Senior investigator James T Becker, professor of psychiatry, Pitt School of Medicine said, “Our study shows that people who ate a diet that included baked or broiled, but not fried, fish have larger brain volumes in regions associated with memory and cognition. We did not find a relationship between omega-3 levels and these brain changes, which surprised us a little. It led us to conclude that we were tapping into a more general set of lifestyle factors that were affecting brain health of which diet is just one part.”

The lead investigator Cyrus Raji who is radiology residency training at University of California, Los Angeles along with a research team analysed the data from 260 people who had provided the information on their diet.

In a statement Raji said, "The subset of CHS participants answered questionnaires about their eating habits, such as how much fish did they eat and how was it prepared. Baked or broiled fish contains higher levels of omega-3s than fried fish because the fatty acids are destroyed in the high heat of frying, so we took that into consideration when we examined their brain scans.”

People who ate baked or broiled fish at least once a week had greater grey matter brain volumes in areas of the brain responsible for memory and cognition.