An American study has found that women who are in a position of authority at work, are more likely to display symptoms of depression, as compared to men. The study shows the need for more women in authority and more varied female role models.

Women are more likely than men to display symptoms of depression when in a position of authority at work, according to US scientists.
In men, authority, such as the ability to hire and fire people, decreases depressive symptoms, the study said. 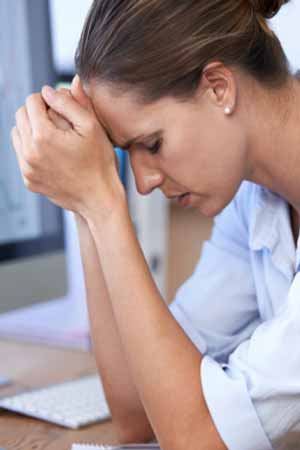 The study, published in the Journal of Health and Social Behaviour, looked at 2,800 middle-aged men and women.

One expert said the study showed the need for more women in authority and more varied female role models.
Scientists at the University of Texas at Austin interviewed 1,300 male and 1,500 female graduates from Wisconsin high schools over the phone in 1993 and 2004, when they were aged about 54 and 64.

Researchers asked participants about job authority and about the number of days in the past week they felt depressive symptoms, such as feeling sad and thinking one's life is a failure.

When the job included hiring, firing and influencing pay, women were predicted to have a 9% increased rate of depressive symptoms than women without authority.

Meanwhile, men had a 10% decreased rate of depressive symptoms.

The study said it controlled for other factors that could cause depression, such as hours worked per week, whether people had flexible hours and how often workers were checked by a supervisor.

Scientists also said men were more likely to decide when to start and finish work than women and were less frequently monitored by their advisers.