Experts Discover Why Once Bitten, We Are Twice Shy

Two Bangalore-based researchers, who have found the answer to how do people start getting scared of a harmless thing because it was once associated with a traumatic incident long ago. They say certain processes in the brain may cause this.

Bengaluru-based researchers have found that a tiny almond shaped region in the brain is responsible for post-traumatic stress disorder, a discovery that could lead to a potential cure. 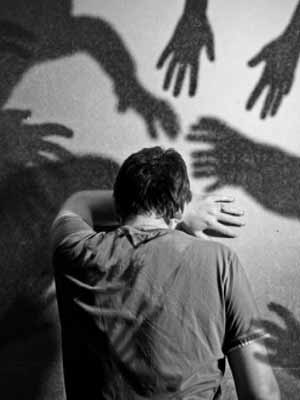 Post-Traumatic Stress Disorder (PTSD), a condition of persistent mental and emotional stress occurring as a result of injury or severe psychological shock, typically involving disturbance of sleep and constant vivid recall of the experience, with dulled responses to others and to the outside world.

For the first time in the history of neuroscience, two scientists from National Centre for Biological Sciences (NCBS) in Bengaluru have conducted a detailed study on why and how one suffers from PTSD. They have pinpointed precise roles played by certain neurons in the part of the brain called amygdala, an almond-shaped structure located deep inside the brain, which acts as the centre that controls emotions and stores memories of fearful experiences.

In doing so, they have unraveled the so-far mysterious reasons behind the fear and precisely how that fear develops to make way for PTSD. The research, which appeared on Nature Neuroscience Web site, has paved the way for scientists the world over to study ways to reverse PTSD or even develop medical aids to cure the condition - a boon for many victims of sexual or child abuse, accidents, or soldiers/combatants who are commonly afflicted by this condition.

NCBS neuroscientist, Sumantra Chattarji and his student Supriya Ghosh, discovered that PTSD sets in when individual neurons in the amygdala lose their capability to discriminate between dangerous and safe stimuli. They found that this happens when the danger stimuli is particularly intense, as in a life-threatening situation.

In normal circumstances, they found, most of the neurons are able to detect the safe signals; but when the danger levels are much increased they lose their capability to discriminate between danger and safety. This results in such neurons sending danger signals even when faced with a safe stimulus.

They also identified the precise biochemical signaling mechanism inside the amygdala neurons which caused fear and PTSD - cyclic adenosine monophosphate (cAMP)/protein kinase A (PKA) signaling. This potentially serves as a target for designing new treatments against PTSD, said Chattarji.
Chattarji and Ghosh conducted experiments on live rats, the amygdala and the neural functioning of which are similar in humans.

The two neuroscientists now plan to conduct research on the mechanism of reversing PTSD, apart from hoping that researches are undertaken to develop drugs, having identified the precise biochemical signalling mechanism that causes PTSD.