Excessive Consumption of Alcohol is caused by Mutation in the Gene

Researchers say that a certain mutation in the gene can make a person want to have alcohol. This could be a reason why certain people have an excessive inclination towards alcohol consumption.

Researchers from five different Universities in the UK have found in their study funded by the Medical Research Council that when there is a fault in the gene, the mice is prompted to drink several more amounts of alcohol, implying that there is a potential genetic component that is at play in alcohol consumption in human. 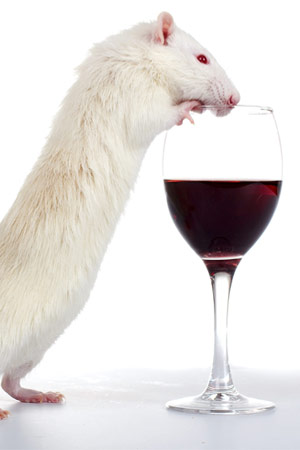 The researchers observed that normal mice showed a lack of interest in the alcohol that was presented to them, preferring for a bottle of water over a bottle of diluted alcohol. On the other hand, when those mice with mutated Gabrb1 gene were offered alcohol, they opted for it over water, consuming 85 percent of their every day fluid intake in the form of alcohol.

It was when a team from the Imperial College, London, introduced subtle mutations into genetic code of the mice randomly that they were able to test the animals for their alcohol preference. This is how they could isolate the gene Gabrb1. These mice with the genetic mutation were seen to be working extra hard to somehow get a taste of alcohol.

The results of the study were published in the journal Nature Communications.