A new study has shown eating fruits and vegetables on a regular basis is linked with a higher mental wellbeing of an individual. 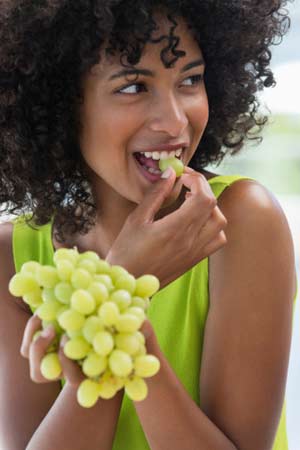 Eating a diet which includes fruits and vegetables has always been considered to be the best for your body. But, a recent study has shown that it can also boost your mental health.

The research that was conducted by the University of Warwick’s Medical School used the data from Health Survey for England. In the study, that focused on the mental wellbeing, high and low level of mental wellbeing was seen to be associated with a person’s consumption of fruit and vegetables.

Out of the total respondents, 33.5 per cent who had a high mental wellbeing consumed five or more portions of fruit and vegetables in a day compared with 6.8 per cent respondents who ate only less than one portion.

The lead author of the study, Dr Saverio Stranges said "the data suggest that higher an individual's fruit and vegetable intake the lower the chance of their having low mental wellbeing".

The researchers said that 31.4 per cent of those who were found to have a high mental wellbeing ate three to four portions and 28.4 per cent had one to two portions.

The researchers said mental wellbeing plays an important role in our lives as it not only prevents mental illness it can also protect people from common and serious physical diseases.