Drugs to treat multi resistant TB is not easily accessible

Despite the fact that Bedaquiline - a medicine used to treat Multidrug-Resistant Tuberculosis (MTR TB) - hurriedly introduced last year with the motive of making India TB-free, it continues to be in trial and is still available only in six cent

Despite the fact that Bedaquiline - a medicine used to treat Multidrug-Resistant Tuberculosis (MTR TB) - hurriedly introduced last year with the motive of making India TB-free, it continues to be in trial and is still available only in six centres in the country. 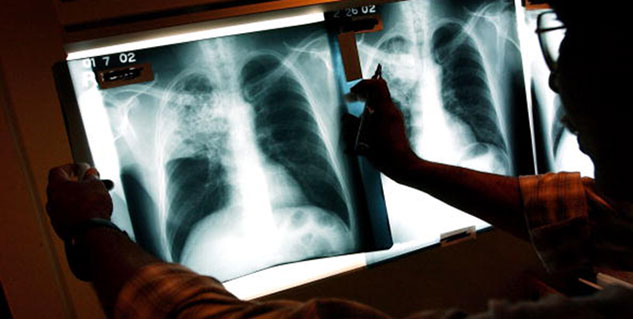 In the latest update regarding tuberculosis, scientists have found success in clinical trials for a possible new vaccine against multi-drug resistant tuberculosis.

A new study found that strains of tuberculosis that bypass most of the drugs that are usually used to treat bacterial infection have been spreading in South Africa, which already has a high tuberculosis infection rate.

Though the efforts of doctors and scientists in working towards eradicating the disease are being applauded, the need for a more accessible scheme that would provide those, especially in the rural population, with sustainable treatment is felt urgent by the public.

MORE FOR YOU
Troubled Due To Excessive Urination At Night? You Might Need Help
3 Organic Teas That Are Perfect To Keep You Warm In Winters
What Is Conduct Disorder? Symptoms, Causes, Risk Factors, Treatment
8 Health Problems That Are Extremely Common In Older Adults
Can Gastric Conditions Cause Breathlessness? Link Between These Conditions And Tips To Prevent It
Binge Eating Disorder: All You Need To Know From An Expert