A recent research has shown that drinking decaffeinated coffee can be healthy for the liver as it can decrease the level of abnormal liver enzymes. 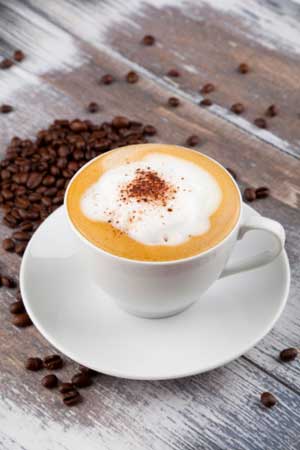 According to a new study, drinking decaffeinated coffee may be beneficial for the liver.

It was found by the researches at National Cancer Institute in US that irrespective of caffeine content in the coffee its higher consumption could decrease the level of abnormal liver enzymes.

This indicates that chemical compounds found in coffee other than caffeine has the ability to protect the liver.

The lead researcher of this study Dr Qian Xiao from the National Cancer Institute said "prior research found that drinking coffee may have a possible protective effect on the liver. However, the evidence is not clear if that benefit may extend to decaffeinated coffee".

In this study, data from the US National Health and Nutrition Examination Survey (NHANES, 1999-2010) were used by the researchers.

There were 27,793 participants in the study aged 20 years or above who were given coffee intake in a 24-hour period.

Participants who had consumed three or more cups of coffee in a day were found to have lower level of ALT, AST, ALP and GGT in comparison to those who had not been consuming coffee.

It was also found by the researchers that levels of liver enzymes in these participants were also lower.
Xiao said "our findings link total and decaffeinated coffee intake to lower liver enzyme levels. These data suggest that ingredients in coffee, other than caffeine, may promote liver health".

He adds "further studies are needed to identify these components".

The study has been published in the Hepatology, a journal of the American Association for the Study of Liver Diseases.