Parenting is not child’s play and I’m not even saying this metaphorically. Especially when it comes to parenting hormone raging teenagers, the job just gets tougher than climbing an uphill mountain.

Parenting is not child’s play and I’m not even saying this metaphorically. Especially when it comes to parenting hormone raging teenagers, the job just gets tougher than climbing an uphill mountain. From maintaining a harmonious relationship with a teenager to disciplining them, it’s all a roller coaster ride. My aunt has three kids and one of them is a 17 years old teenage girl, her name is Rupesha. Now, Rupesha, like any other teenage kid is much misbalanced when it comes to her teenage emotions.

During my last visit to Kolkata, which was just a month ago, I saw my aunt helping out my cousin, Rupesha with a much controversial matter. She was dating a boy from her school and as per what her siblings told me; the boy was her science lab partner. They were together for a couple of months and my cousin was head over heels for that boy. However, it was not meant forever. The boy after a small fight, called it off. Now, Rupesha was traumatized after this breakup. She could not understand the reason, for her it was the end of the world. And in her age, her thought process was completely justified. She wouldn’t stop crying, would cry for hours and the worst was her urge to somehow get back that boy.

At first, my aunt also look concerned but then my aunt decided to help her daughter. She came forward and took Rupesha under her wing. Parenting an adolescent teenager is not easy but I saw my aunt trying her best to help my cousin getting over the incident. Surely, it wasn’t easy but aunt did well.

The kid was heartbroken and wasn’t able to understand the entire situation. These are the times when most of the parents go clueless and fall through. I saw my aunt dealing with her heart broken teenage daughter and I can assure you that you too can help your teenage kid with such critical issues. 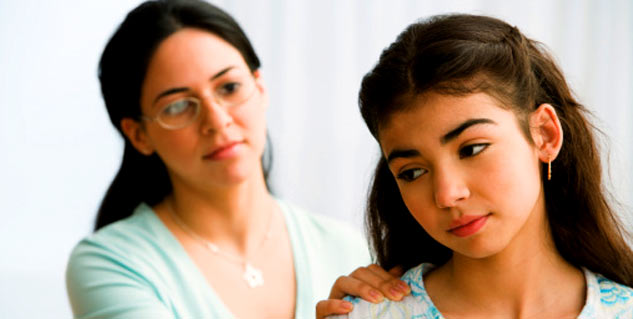 Here are some tips to help your teenage kid overcome heartbreak.

Spare them the lecturing session

Before imposing your “words of wisdom”, hear them out first. If it is a heart break, they most probably have a sob story to tell. Listen to their side of story. They probably would just appreciate you to be all ears to their story and if possible, don’t preach. Heartbreaks are emotionally wrecking and in such condition, your words of wisdom would fall on deaf ears. You will be trying your best to get your point across to no avail.

Try to step into their shoes

Do not think as a parent; rather try to understand the pain and agony that they must have been going through. Understand that in a very little time, your teenage kid has lived a lifetime of dreams. Dreams of living the rest of the life with the one they love. And please, don’t think any of the things they did or feel as stupid. You too fell in love with someone at some point of time, love is not stupid.

You might fail to see it but your kid is going through a lot at the moment. They might want to sit alone and cry, or maybe just think about what happened. Give them time to open up, don’t force them. Keep a close watch but don’t let them know. Give them enough space to vent.

Though things won’t be normal but do try to keep it as simple as possible. Aunt used to ask Rupesha to do her share of usual home chores like watering the plants in garden and getting groceries from market. Keep it normal, watch movies together, go out and try your best to keep her occupied in the most normal way possible.

Keep their eating habits in check

Teenage kids tend to stop eating in such situations. They are very much occupied with sulking and crying that kill their own appetite. Your job is to keep them well-fed. Cook something that they find very tough to refuse, something that they like. It is about their health, lack of food can make them sick.