Only one in 10 teens said they thought about the warnings when the pack was not in sight. 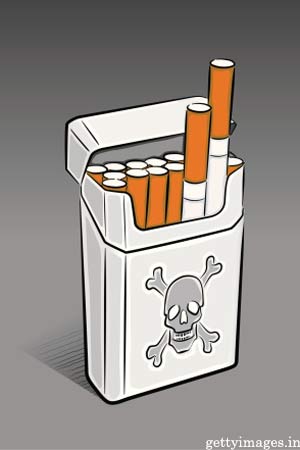 Teen smokers, particularly those who smoke regularly, don’t get influenced by health warnings on the cigarette pack, a British research suggests.

The researchers have concluded this based on the responses of more than a thousand 11 to 16 year olds in the UK, in two waves the Youth Tobacco of Policy Survey in 2008 (1401) and 2011 (1373). At both time points, the same text warnings appeared on the front and back of cigarette packs. However, images on the back of packs to support the text warnings in 2011.

The teenagers were then quizzed about the visibility and impact of the warnings, besides how well they served as visual cues, how easy they were to understand and believe and how persuasive they were.

The survey result found that 68-75 percent respondents had never smoked, 17-22 percent had experimented with cigarettes and around one in 10 were already regular smokers, who smoked at least one cigarette every week.

The research is published in the journal Tobacco Control. (ANI)