A team of scientists, from the Centre for Cellular and Molecular Biology (CCMB), School of Medicine at Mount Sinai, New York, Japan and Italy, has linked childhood heart failure or dilated cardiomyopathy (DCM) to gene mutations. 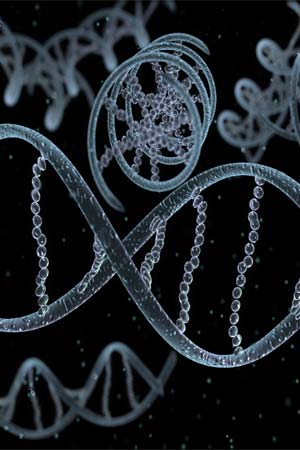 The team investigated a large number of DNA samples from patients having DCM and discovered the mutations in RAF1 gene. According to a CCMB press release, DCM is a condition in which heart’s ability to pump blood is decreased because the heart’s pumping chamber becomes large and weak.

The press release says that the cause of substantial percentage of DCM remains unknown. The researchers sequenced a total of 513 DCM patients and 1,150 ethnically matched controls from various cohorts.

According to the senior principal scientist at CCMB and one of the senior authors of the study, Dr. K. Thangaraj, a rare and functional RAF 1 mutations in three of the cohorts (South Indian, North Indian and Japanese) was found.

He added that the prevalence of RAF1 gene mutations was around nine per cent, which was described quite high. The scientists analysed DNA samples of both children and adults. They found that the mutated genes were predominantly among children. According to the scientists, this was the reason behind sudden death and that’s why it was not found in adults.

Dr. P.S. Dhandapany, junior faculty at Icahn School of Medicine at Mount Sinai and lead author of the study, told the media that this is the first predominant gene for childhood DCM and importantly we have also identified rapamycin as possible therapeutic option for such conditions.

Ch. Mohan Rao, CCMB Director, said that while lifestyle changes were contributing to alarming increase in heart and circulatory diseases, there were known genetic factors for heart diseases. The international team decided to investigate the DNA from people suffering from CDM and normal persons who do not have any heart disease.

The findings were published online in the Nature Genetics journal.