Researchers come up with a New Candy that eats all the Bad Bacteria in the Mouth, Benefitting Teeth

The next time you visit your dentist, you may be told to eat more of this candy instead of totally abstain from them.

Researchers have come up with a new candy that contains dead bacteria that bind to bad bacteria and help to reduce cavities. 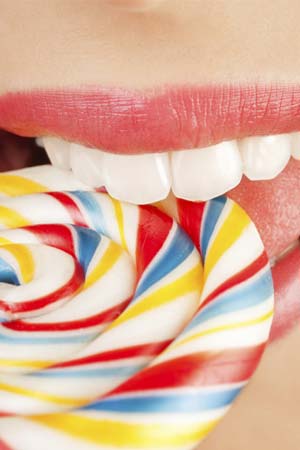 Our mouth is a balance of good as well as bad bacteria and when we clean the teeth, the goal is to kill cavity-causing bacteria, allowing the good bacteria to thrive. Doctors have for years emphasized on the importance of good bacteria and how poor oral health has been linked to diseases like pancreatic cancer, Alzheimer’s disease and cardiovascular diseases.

The researchers noted during their study noted that when we eat, the bacteria that have settled on the surface of the teeth release acid, which then dissolves the enamel of the tooth, causing the growth of cavities.

In the study, a few of the subjects were told to eat a candy with L.paracasei and a few others ate the candy with twice the amount. The third remaining group served itself as control group and ate the candies that were similar in taste but contained no bacteria at all.

In total, all the subjects ate five candies during 1—5 day study. The participants were not allowed to take part in any oral hygiene activities at this time and were allowed to drink coffee, wine, tea or other probiotic foods. The results showed that about 75 per cent of participants who ate the candies that had the good bacteria had lower levels of Mutans streptococci in their saliva compared with the control group.

The research was published in Probiotics and Antimicrobial Proteins.