A study promises the diagnosis of endometrial cancer in the early stage. DNA samples from vaginal secretions can show the presence of chemicals to keep cancer in check.

A study published in the journal Gynecologic Oncology suggests that it is quite possible to detect endometrial cancer using tampons. This approach will pick tumor DNA from vaginal secretions for the presence of chemical "off" switches — known as methylation — that can disable genes that normally keep cancer in check.

According to the researchers, it could pave way for screening test for endometrial cancer, which is the most common gynecologic malignancy in the United States. The results are 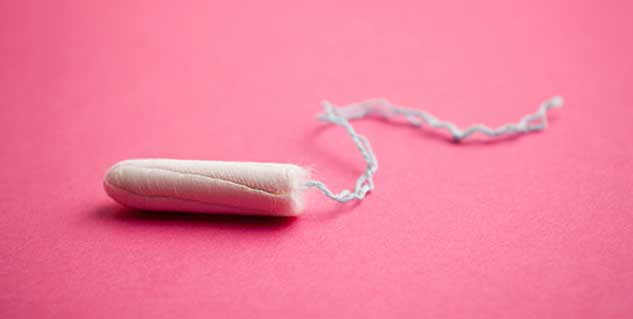 Unfortunately, there is no equivalent to a Pap smear or a mammogram for endometrial cancer. says Jamie Bakkum-Gamez, M.D., a gynecologic oncologist at Mayo Clinic and lead author of the study. "We know that the earlier a woman is diagnosed, the better the likelihood is that she is going to have a positive outcome from cancer treatment. Our goal is to use our findings to develop a tool for the early detection of endometrial cancer that women could use in the comfort of their own homes."

Women usually learn they have endometrial cancer when on a visit to the doctor for abnormal vaginal bleeding. The cancer starts much before that. Before a cell can turn cancerous, it has to subvert the genetic checks and balances that normally keep it from growing out of control. The results of the study are encouraging. However, the researchers suggest that there is a need to further research on the same.

What it means to have spotting between periods