A new study in Russia tells us how Vodka is actually the cause of high rates of untimely deaths. Here is a look at what the study had to say. 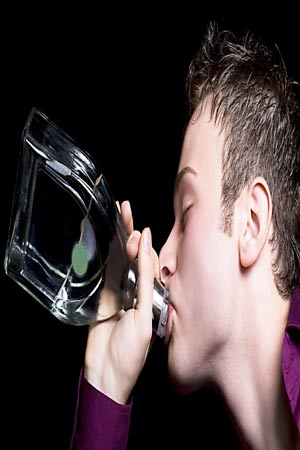 A new study in Russia that looked to find the reason for the high number of early deaths in the nation has shown that too much alcohol is actually the cause. This is especially true for vodka.

The study which was published in The Lancet says that 25% of Russian men die before they hit the age of 55 and most of these deaths occur due to alcohol consumption. The causes for untimely death also include liver disease, alcohol poisoning, accidents and fights.

The study which is believed to be the largest of its kind in the country included researchers from the Russian Cancer Centre in Moscow, Oxford University in the UK and the World Health Organization International Agency for Research on Cancer, in France. They tracked down the drinking pattern of three Russian cities with 151,000 adults for up to 10 years. During this span of time it was found that 8,000 of them had died.

Study co-author Prof Sir Richard Peto, from the University of Oxford, said: "Russian death rates have fluctuated wildly over the last 30 years as alcohol restrictions and social stability varied under Presidents Gorbachev, Yeltsin, and Putin, and the main thing driving these wild fluctuations in death was vodka."

It is interesting to note here that in 1985 Soviet leader Mikhail Gorbachev had cut down the production of vodka and did not allow it to be sold before lunch time.